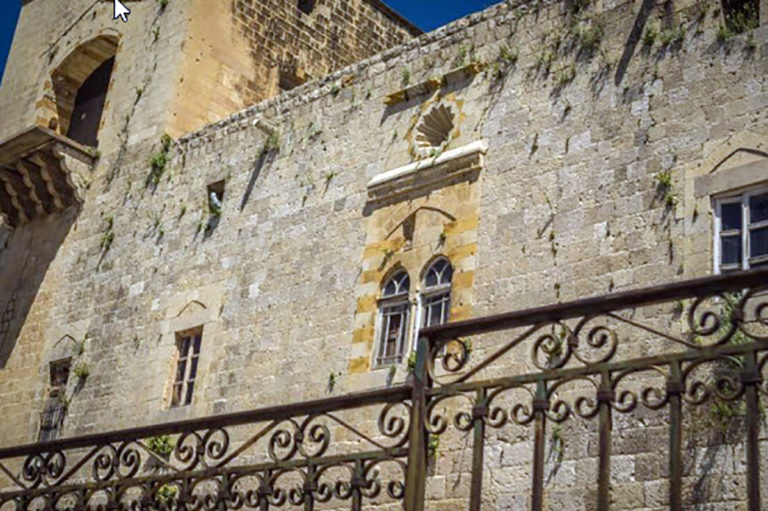 Did you know Lebanon was considered the “Switzerland” of the Middle East?

Jews have been in the area known today as Lebanon since pre-Biblical times. In 132 BCE, the Bar Kokhba Revolt, or the Third Jewish-Roman War as it was also known, took place. Following the war, several Jewish communities were established in Lebanon, including Tripoli, Sidon, and Tyre. They were known as the Mizrahi Jews. Mizrahi Jews comprise Jewish populations not only in Lebanon, but in Iraq, Syria, Yemen, Iran, Afghanistan, Uzbekistan and Egypt among others.

In 1710, there was a significant immigration of Jews to the Chouf mountains of Lebanon. The Chouf village of Deir al-Qamar was one of the first places in Lebanon with a large Lebanese Jewish population. The first recorded Chief Rabbi in Lebanon was Moise Yedid-Levy who served from 1799 – 1829. Immigration of Jews to Lebanon peaked from the early 19th century to the second half of the 20th century, beginning with immigrants from Akko in 1809; Greece in 1821; Egypt and other parts of North Africa in 1837; and Syria, Iraq and Iran between 1900-1955. Ashkenazi Jews immigrated from Europe in 1833.

In the first half of the 20th century, people described life as a Jewish person in Lebanon as well-integrated with congenial relationships with neighbors and community members, regardless of religion. Many traditions were shared between Lebanese Jews and people of other religions. Two schools taught Hebrew and other subjects related to Judaism. For centuries Lebanon had a balance of Muslim and Christian populations which allowed for a balanced government structure. The arrival of Palestinian refugees in 1948 started the shift towards a Muslim majority. Simultaneously, Anti-Zionist demonstrations began along with an emerging hostility toward the Jews and the 1948 Arab-Israeli war broke out.

In 1967, sparked by economic insecurity and increasing violence, the first of two major migrations of Jewish people from Lebanon began. The second wave was the result of fear by Jews of religious and political persecution, heightened by the kidnapping of several key figures in the Jewish community between 1971 – 1985. They were kidnapped for ransom while some were murdered. One victim was the president of the Jewish community at the time, Isaac Sasson. With 1,800 Jews remaining in Lebanon, most finally had emigrated in 1976 when Jewish communities were damaged during the civil war with the majority leaving for the U.S., France or Canada.

As of 2017, fewer than 100 Jews were reported living in Lebanon and they cannot practice Judaism openly. The leader of Lebanon’s Jewish community council, Isaac Arazi, announced plans to rebuild the Maghen Abraham Synagogue located in Beirut’s Wadi Abu Jamil in 2008. This synagogue was destroyed during the Lebanese Civil War (1975-1990). The renovation began in 2009 after approval by Hezbollah, the Lebanese government and other authorities. The reconstruction was funded by private donors and Solidere donations, a construction company owned by the family of assassinated Prime Minister, Rafik Hariri. Another synagogue still standing and serving as a religious landmark is the Ohel Yaacob Synagogue, or “Tent of Jacob”, in Saida. It is now a private residence. The famous New Temple was one of the last synagogues built in Lebanon. The Bhamdoun Synagoue also known as the “New Temple” because it was the last temple built in Lebanon, was the largest synagogue ever built in Lebanon. Bhamdoun was once a popular summer resort for many Jews. Once the civil war began and the Syrian army arrived, the Jews abandoned Bhamdoun and the temple.

Lebanese Jews living in diaspora are strongly connected to their roots. This is especially true for the first generation Lebanese Jews. Food enters this long line of tradition and generations have embraced typical Lebanese cuisine modifying recipes to maintain Jewish dietary guidelines. For example, Kibbeh (a mixture of bulgur wheat, spices, onion and meat) is traditionally served with yogurt. Jews simply serve it without. A popular dairy dessert is Khafeh, a syrup-soaked cheese pastry, which Lebanese Jews also serve for breakfast. Be sure to see Andy’s blog,  Lebanese Food: A Family Tradition & Personal Passion.

Today’s remaining Lebanese Jewish populations reside in the U.S., Mexico, Brazil, Italy, France and Canada. This disparate community stays well connected through social media. While it is difficult to determine the exact number of Lebanese Jews worldwide, there are approximately 7,000 currently in Israel.

Fun Fact:
Did you know that the League of Nations, following the collapse of the Ottoman Empire and WWI, mandated control of the 5 provinces today known as Lebanon to the control of France? During this time Lebanon was known as “Switzerland” of the Middle East.

Population of Lebanese Jews in Israel: 7,000