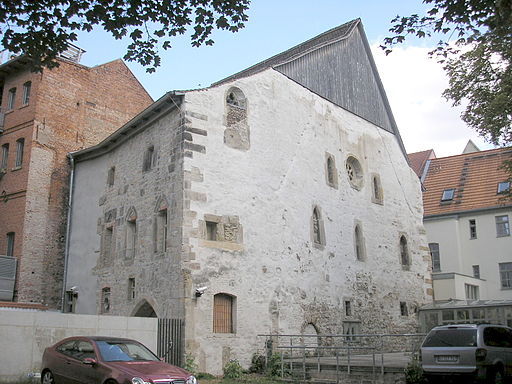 Did you know  that the oldest non-functioning synagogue in the world was built more than 2,000 years ago?

These are the 10 oldest, non-functioning synagogues in the world. Explore all the different architectures from Roman to Hellenistic! 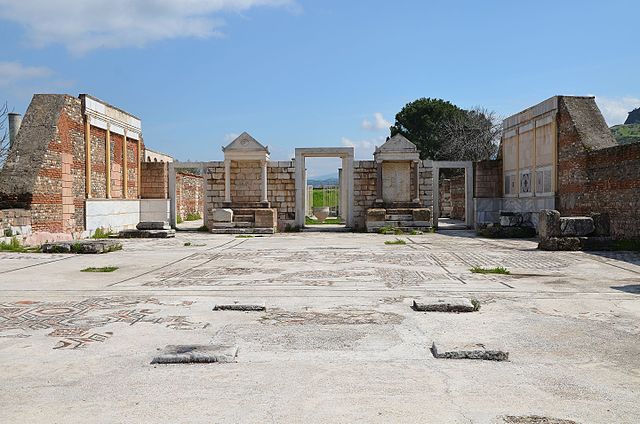 This monumental synagogue was the center of Jewish religious life at Sardis during the Late Roman period. Upon invitation by King Antiochus III of Sardis, Babylonian Jews built this synagogue in the 3rd century BCE. Each year, both Harvard and Cornell Universities have sponsored archeological expeditions to Sardis since 1958. The discovery of over eighty Greek and seven Hebrew inscriptions along with mosaic floors, Sardis Synagogue may be the most impressive synagogue in the western diaspora from antiquity. 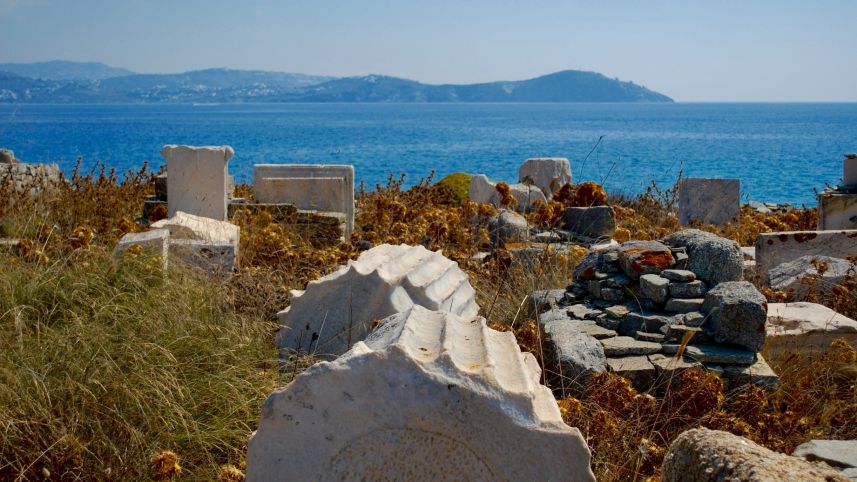 Discovered by a team led by archaeologist André Plassart in 1912, it was determined that the Delos Synagogue had most recently been used as an assembly hall for Jews or Samaritans. The building consisted of two large rooms with a throne and marble benches along with a smaller room leading access to a reservoir. The Delos Synagogue was located on the eastern side of the island in a section referred to as the Quartier du stade peacefully far from the central areas of the city. Delos can still be visited today by boat from surrounding Greek islands. Just be sure to take water, a hat and sunscreen as the ruins leave no relief from the sun. 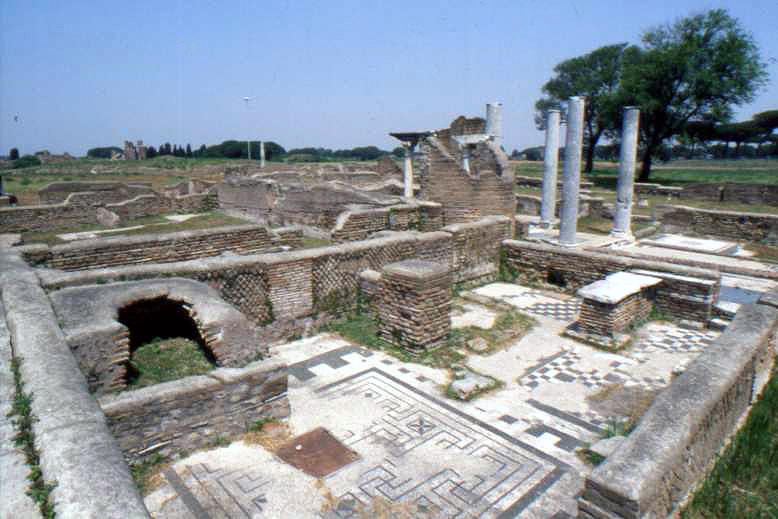 Crowned as being the oldest Synagogue in Europe, this building was built between 41-54AD and continued to be used as a synagogue into the 5th century AD. Along with features including benches, marble columns and dining room, there was a water well and basin near the entrance to promote ritual washings. The main door of the synagogue faces the southeast, towards Jerusalem. Later an aedicule to serve as a Torah Ark was added in the 4th century AD. 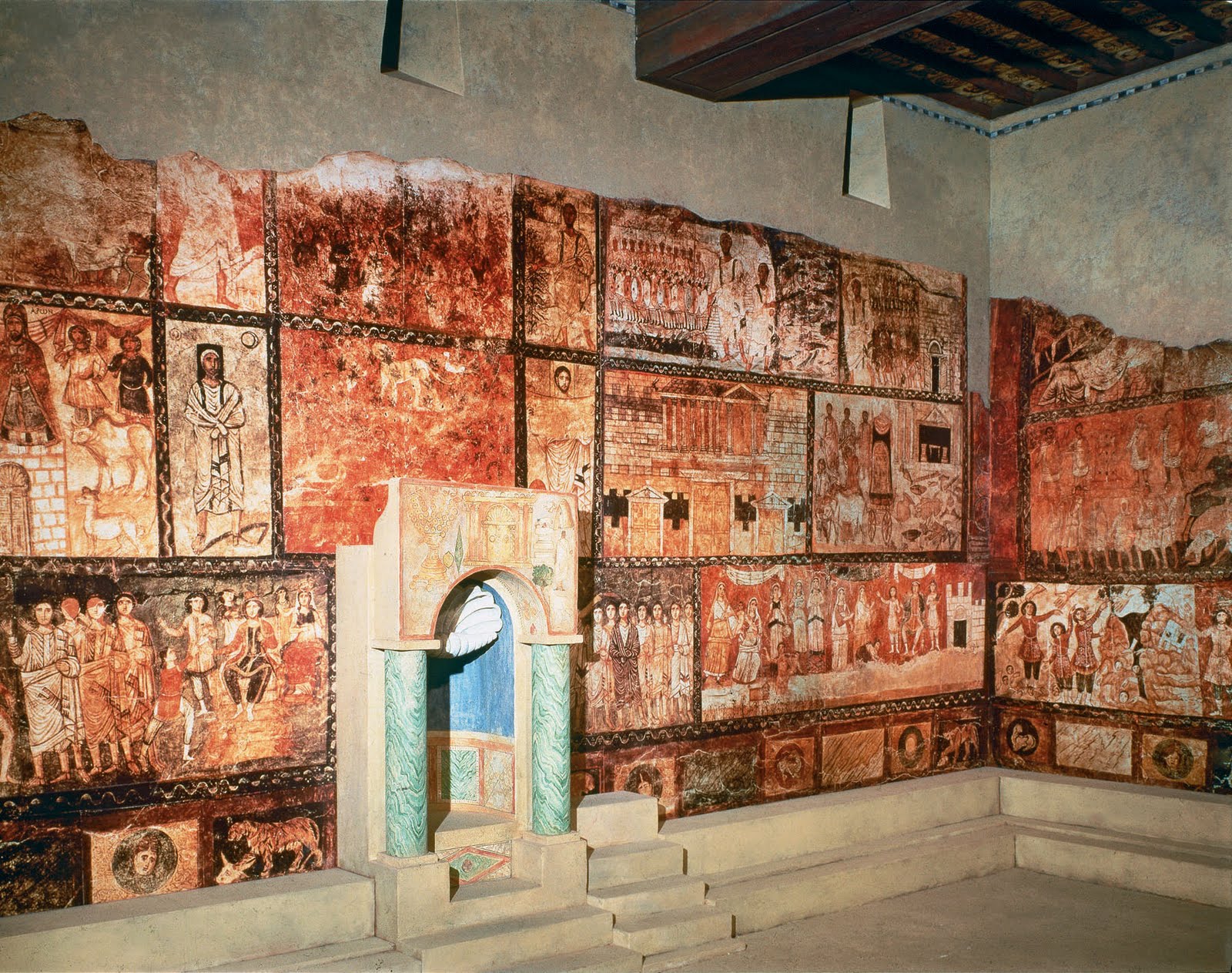 This remarkable relic of the Hellenistic period was found in 1932. It is distinguished from other ancient synagogues in that archaeological digs found the structure preserved and almost completely intact. The discovery of extensive figurative wall-paintings profoundly changed the art historical approach toward both synagogue architecture and the faith of Judaism. This paintings are now displayed in the National Museum of Damascus. The last phase of construction was dated by an Aramaic inscription from 244CE. 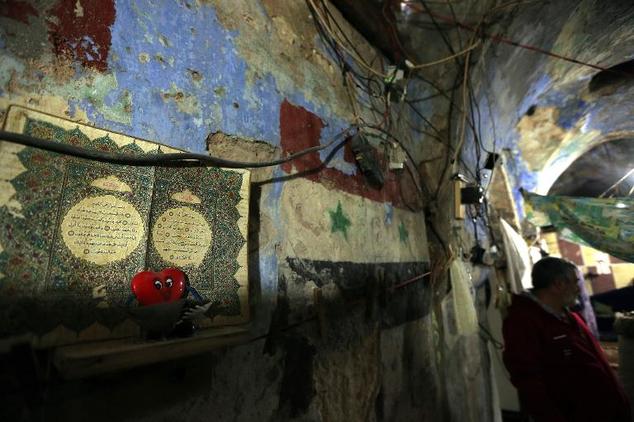 This ancient synagogue is believed to rest on an even older synagogue dating back to the destruction of the Second Temple in 66CE. Many Lebanese Jews fled Sidon after the start of the Lebanese Civil War in 1975, giving credence to the synagogue’s run down state. Despite its small size, it is considered to be one of the main synagogues in Lebanon. This synagogue that once served a vibrant Jewish community now houses impoverished Syrian and Palestinian families today. 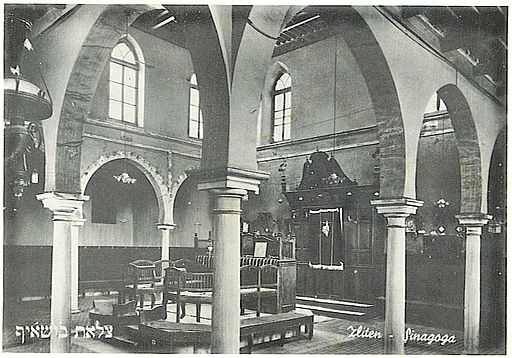 A historic synagogue and Lab Ba’omer pilgirmiage site for Libyan Jews. This building expanded to become a place of pilgrimage and study of the Zohar during the Ottoman rule, but was burned in 1868 by disgruntled Muslims. After being rebuilt in 1870 by the Pasha of Tripoli by order of the Ottoman sultan, and accidental fire once again destroyed the synagogue in 1912 when Tipoli has recently been under Italian rule. The synagogue remained intact until the 1980s when it was destroyed under the orders of Muammar Gaddafi and replaced with an apartment complex.

By Michael Sander (Own work) [GFDL] or CC BY-SA 3.0 via Wikimedia Commons

This German synagogue also referred to as the Alte Synagogue (Old Synagogue) was built in the 11th century and thought to be the oldest synagogue building intact all the way to the roof still standing in Europe. After being built, it was improved and enlarged over the next 250 years. By 1300 the building was several stories high with a stone exterior and an annex that may have been used as a women’s synagogue or a Hebrew school for boys. In 2009 restoration to the synagogue was complete and became a museum housing the Erfurt Treasure. What lies within is a hoard of coins, goldsmiths’ work and jewelry thought to have belonged to Jews who hid them during the Black Death pogroms in 1349. These pieces were found in 1998 in the wall of a house in a medieval Jewish neighborhood in Erfurt.

By kurtxio [CC BY 2.0], via Wikimedia Commons

Literally Saint Mary the White, and originally the Ibn Shushan Synagogue “The Congregational Synagogue of Toledo”, was created by Moorish architects in a Mudéjar style. The building has five naves separated by pillars supporting horseshoe arches and presents coffered wooden ceilings. In the 15th century the synagogue was converted into a church, but today it is owned and preserved by the Catholic Church as a monument open to visitors. Today, it is considered to be a symbol of the cooperation that existed among the three cultures that populated the Iberian Peninsula during the Middle Ages. 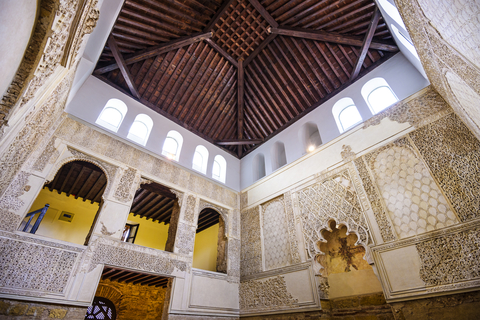 This synagogue is a historic edifice in the Jewish Quarter (Juderia) of Córdoba, Spain. Attributed to its small size, it is possible that it was a private synagogue of a wealthy man. After the expulsion of Jews in 1492, the building was seized by the authorities and converted into a hospital for people suffering from rabies. In 1588 it was acquired by the shoemakers’ guild and used as a community center and small chapel. The synagogue underwent different restorations with the most recent starting in 1977 for the reopening of the building in 1985 to celebrate the 850th anniversary of Maimonides birth. In 1885 the synagogue was deemed a National Monument and a treasured symbol of Spain’s modern Jewish communities. 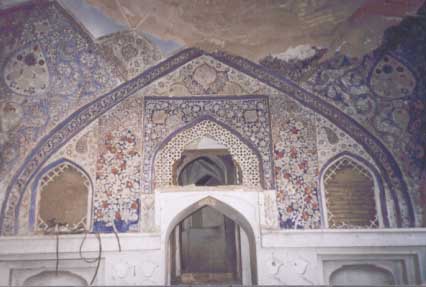 The Yu Aw Synagogue located in the Momanda neighborhood of the old city of Herat was once known as Mahalla-yi Musahiya or the “Neighborhood of the Jews.” Like most other from the turn of the century, this building follows a pattern seen in other synagogues in Herat containing a large domed central space where a raised platform or tebach stands in the middle. The synagogue is the only one in Herat which has been preserved with most of its original characteristics, but is currently in disrepair. Today the building houses a children’s school.