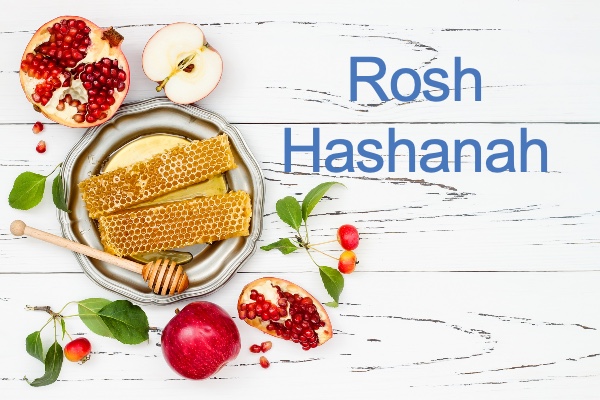 When celebrating Jewish holidays, food plays a central role. Food is more than just nutritional sustenance or something that tastes good. It is Jewish history, culture, and heritage made manifest. Food tells a story and Jews have long made sure that holiday meals weave a rich tale. From the many foods on the Passover seder plate to the latkes served on Chanukkah, Judaism has a myriad of foods with symbolic meanings and spiritual significance.

Rosh Hashanah is no exception. Across the Jewish diaspora, Jewish communities have a variety of different symbolic foods they eat when ushering in the new year. Here are the many foods served for Rosh Hashanah and the fascinating meanings behind each of them. 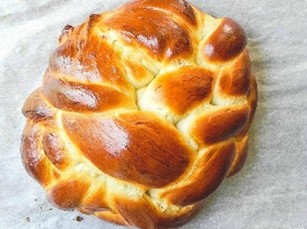 Challah traditionally eaten every Shabbat, but on Rosh Hashanah a special round challah is served. The circular shape represents the endless cycle of life and creation. Additionally, some say the round challah resembles a crown, a reminder that God is king of the universe. Sometimes honey or raisins are added to the challah for an extra touch of sweetness to usher in a sweet new year. 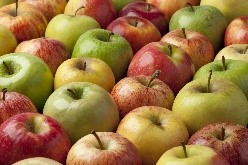 Apples become ripe in early fall at the same time Rosh Hashanah occurs. Even in colder European climates the sweet apple will still grow. Since this sweet fruit naturally appeared around Rosh Hashanah, apples have long held a deep connection to the holiday. Apples’ sweet taste is used to represent the desire for a sweet new year.

Rabbi Shimon Apisdorf proposes a further meaning behind serving apples. While most fruit trees grow their leaves before the fruit in order to shield the fruit from the sun, apple trees grow their fruit without leaves for protection. This is like the Jews, who practice their beliefs openly, even if it makes make them appear different and leaves them vulnerable to prejudice. 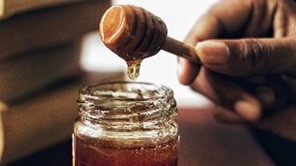 Sweet foods like honey and fruit served on Rosh Hashanah act as a way to usher in a sweet new year. Another reason honey is such an important symbol is because in the Torah Israel is referred as “a land flowing with milk and honey” (Exodus 3:8). Serving honey pays homage to this biblical reference.
The tradition of dipping apples in honey combines their individual meanings and makes for an even sweeter new year.

If you want to add some apples and honey to your Rosh Hashanah menu, try our delicious recipe for apple honey cake. 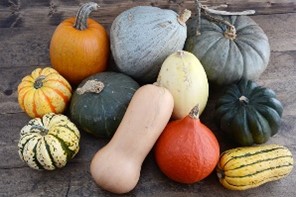 Karaa is the Aramaic word for squash, which has a similar sound to the Hebrew term for “rip apart” and “read”, k’ra. The squash has two meanings, asking that our evil deeds be ripped away and our good ones read before god. There is no particular type of squash this symbol refers to, some families use pumpkins, some use zucchini, and others use assorted different squashed.

For fun ways to incorporate squash into your Rosh Hashanah menu try our butternut squash lasagna or stuffed acorn squash. 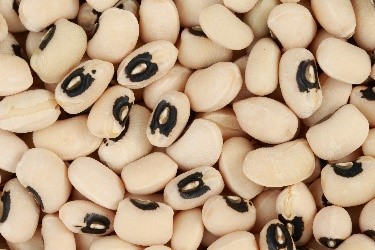 In Aramaic, the words for black-eyed peas are rubia or lubia. These sound similar to the Hebrew word yirbu which means “many” and “heart.” In serving black-eyed-peas we ask that our merits become many, and that God hearten us. In some communities, green beans or fenugreek are used instead.

In Aramaic, the word for leek is karti which relates to the Hebrew word kareyt which means “cut.” In serving leeks we ask that those who would wish evil upon us be cut down.

You can incorporate leeks into your holiday menu with our recipe for potato leek bourekas. 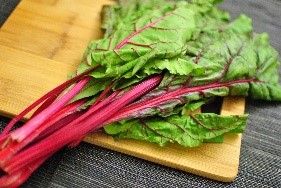 The Aramaic word for Swiss chard is selk, it relates to the Hebrew verb “depart,” and is used to invoke the blessing that our enemies and those who wish evil upon us shall depart. In some communities, beets are used instead. 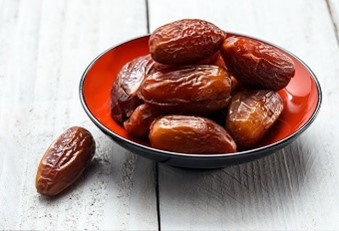 The Aramaic term for date, tamar, shares sounds with the Hebrew verb tam which means “finish,” The dates represents the wish that our enemies and those who wish evil upon us will come to an end.

A sweet way to serve dates is stuffed with marzipan. 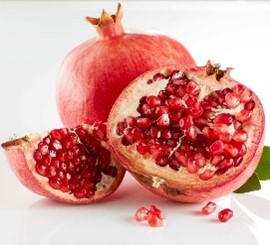 The many seeds inside the pomegranate represents the many blessings we hope the new year will be filled with. Additionally, it was once believed that each pomegranate held 613 seeds, the same number of mitzvot written in the Torah. 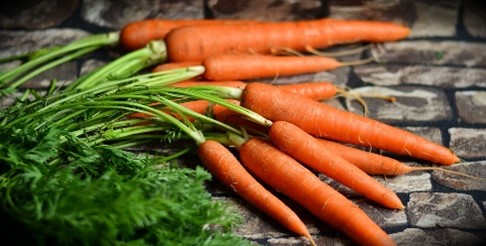 Carrots can have multiple symbolic meanings at the Rosh Hashanah table. The Yiddish word for carrot is ma’rin, which also means “increase.” By eating carrots one asks for their merits and blessings to be increased. Carrots can also represent wealth. Sliced carrots resemble gold coins and so eating them is a way to ask for further riches. In Hebrew the word for carrot is gezer which is very close to the g’zar the Hebrew word for “decree.” Serving carrots on Rosh Hashanah symbolizes a desire to have God nullify any negative decrees against us.

For a traditional way to serve carrots at your next Rosh Hashanah dinner, try our recipe for tzimmes. 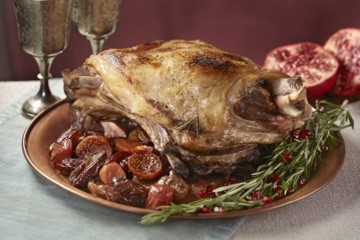 The literal translation of Rosh Hashanah is “head of the year.” This recalls the biblical quote “God will make you as the head, and not as the tail” (Deuteronomy 28:13). A lamb’s head can be served at the holiday dinner table in order to start the year with strength and determination at the head, rather then being stuck at the tail end of things.

It may not be a lamb’s head, but our recipe for freedom lamb is a great addition to any new year’s menu. 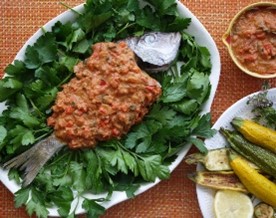 The tradition of starting the new year “at the head, and not at the tail” may have started with a lamb head, but over the centuries it shifted include fish heads as well. Some families will eat the fish head, while others are fine with just having it at the table.

Serving fish has more meanings than just their heads. Fish are creatures that are always aware of their surroundings and constantly swimming. By serving them we show how we are constantly aware of God and on the lookout for opportunities to do good. Furthermore, fish multiply in great numbers, serving fish represents a desire for our families and the Jewish population of the world to grow.

Our recipe for samekh harra is a great way to add fish to the menu.

I hope you enjoyed this look into the many traditional foods served at Rosh Hashanah tables across the world. Hopefully you’ve found a new dish full of meaning to serve next Rosh Hashanah.

Fun fact: A lighthearted recent Rosh Hashanah food is to serve a raisin inside a piece of celery wrapped up in lettuce. This is a way to ask god to “Let-us-have-a-raise-in-salary.”