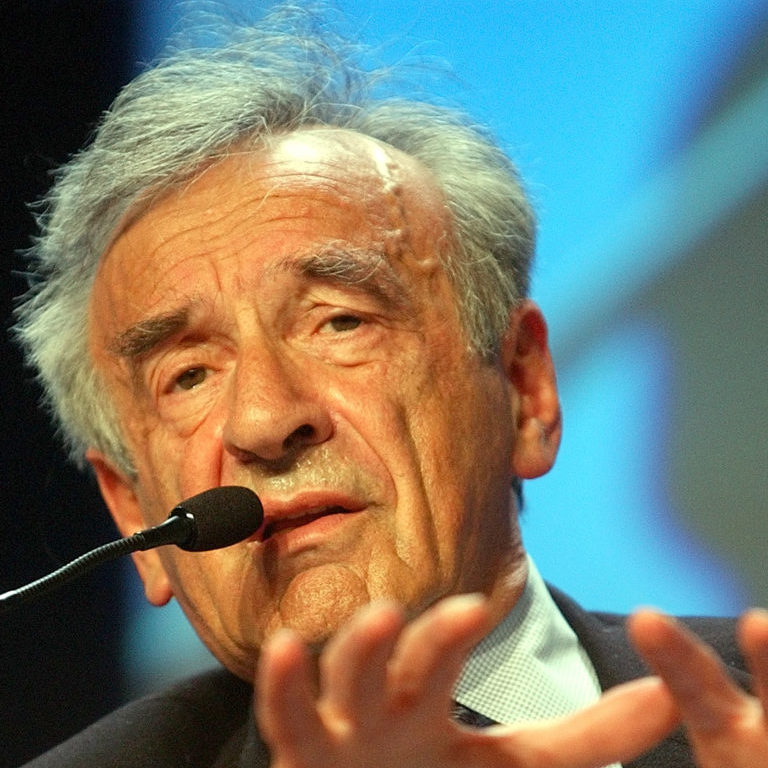 On July 2, 2016, we were saddened to add another obituary to our list of extraordinary leaders in the Jewish community. The passing of Elie Wiesel sent shockwaves throughout Jewish communities around the world.

Wiesel, a survivor of Buchenwald, was steadfast in his commitment to not only telling the story of the Holocaust, but in pushing his readers and the world at large to remember the intersections and conflicts of hatred, intolerance, and morality that allowed for it to happen. He consistently strove to make “never again” a reality; he was awarded the Nobel Peace Prize in 1986 for this work.

“…If we forget, we are guilty, we are accomplices,” Wiesel said.

Throughout his career, Wiesel wrote and spoke out against hatred and injustices perpetuated around him. His writings and work were not confined to simply spreading awareness of the Holocaust, but instead spoke to greater messages of peace and tolerance for all who faced persecution. For his work and devotion to peace, Wiesel exemplifies the transformation from ordinary to extraordinary.

You can read his obituary here.