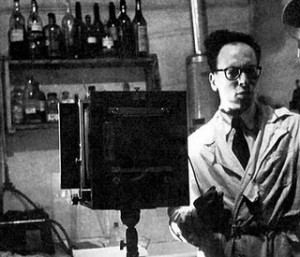 Adolfo Kaminsky (or Adolphe; born 1 October 1925) was a master document forger whose work saved more than 14,000 Jews during WWII. Born to a Russian Jewish family in Argentina, Kaminsky later moved to France when he was 7 years old. He became fascinated with the chemistry of colorants when working in his Uncle’s dye shop in France, later creating his own lab.

After the German invasion of France, during which his mother was killed by Nazis, he joined the Resistance and worked in an underground lab in Paris, forging identity papers for Jews and others sought by the Nazis. He was later quoted saying, “Keep awake. The longer possible. Struggle against sleep. The calculation is easy. In one hour, I make 30 false papers. If I sleep one hour, 30 people will die.”

After the liberation of Paris in 1944, he was awarded the Médaille de la Résistance and went to work for the French secret services to create forged identities for spies sent behind the lines to find concentration camps before they were dismantled by the Nazis.

To read more about this extraordinary individual, click here.