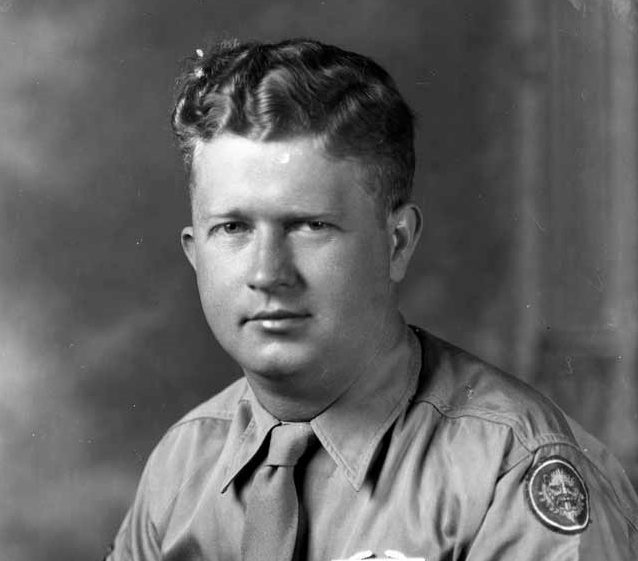 In January 1945, in a German POW camp, U.S. soldier Roddie Edmonds defied the threat of death to protect Jewish troops under his command. Seventy years later, he was recognized for his valor, becoming the first U.S. soldier named Righteous Among the Nations an  —honor for non-Jews who risked their lives to save Jews during the Holocaust.

Master Sgt. Roddie Edmonds of Knoxville, Tenn., was a non-commissioned officer who participated in the landing of U.S. forces in Europe. He was captured in the Battle of the Bulge and was held at a Nazi POW camp near Ziegenhain, Germany, where he was the highest-ranking American soldier. When the Germans demanded that all the Jewish POWs in the camp identify themselves, Edmonds ordered all the U.S. soldiers to step forward — hundreds of them. When the German camp commander saw all the inmates reporting, he said, “They cannot all be Jews!” “We are all Jews,” Edmonds replied. He cited the Geneva Conventions and refused to identify any prisoners by religion.

His son, Chris Edmonds, told NPR’s Emily Harris that the Nazi officer became enraged. “He turned blood-red, pulled his Luger out, pressed it into the forehead of my dad, and said, ‘I’ll give you one more chance. Have the Jewish men step forward or I will shoot you on the spot,’“ Edmonds said. “They said my dad paused, and said, ‘If you shoot, you’ll have to shoot us all.'” The officer backed down. Edmonds died in 1985. Chris Edmonds says he learned about what happened from survivors after his father died. He’s one of only five Americans to have received the honor, and the first U.S. soldier.