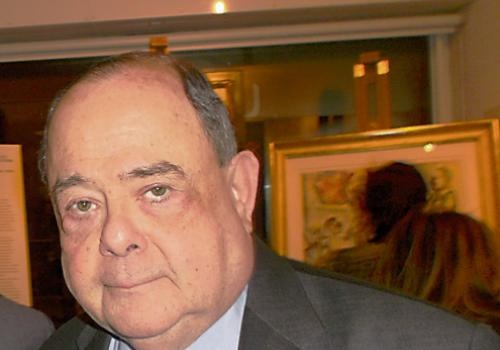 Charles Goldstein, a high-stakes New York real estate lawyer who transformed himself into a tenacious advocate for recovering art stolen from Holocaust victims, died on July 30, 2015 in Manhattan, New York. He was 78. Goldstein was counsel to the Commission for Art Recovery, which estimates it has recovered or helped recover more than $160 million worth of stolen art since its establishment in 1997. The commission’s goal is to compel European governments to identify and return art that the Nazis looted from public and private collections or that the owners were forced to sell. That includes spoils of war confiscated from the Nazis by the victors, including the Soviet Union.

Charles Arthur Goldstein was born on Nov. 20, 1936, in Perth Amboy, N.J. His father, Murray, was in the retail clothing business. His mother was the former Evelyn Bier. He graduated from Columbia College in 1958 and Harvard Law School in 1961, and clerked for the United States Court of Appeals for the Second Circuit. In the 1980s, he headed what he described as the largest real estate department of any major law firm in the city, comprising 34 lawyers in a firm of 250. Mr. Goldstein joined the art recovery commission by happenstance, his law partner Harvey Feuerstein recalled. In the early 1990s, Mr. Lauder was flying home on the Concorde from Europe when he posed a challenging real estate question to a friend. The friend noticed Mr. Goldstein a few rows back and introduced him. Mr. Lauder was so impressed, he hired Mr. Goldstein full time and, when he formed the commission, named him counsel.