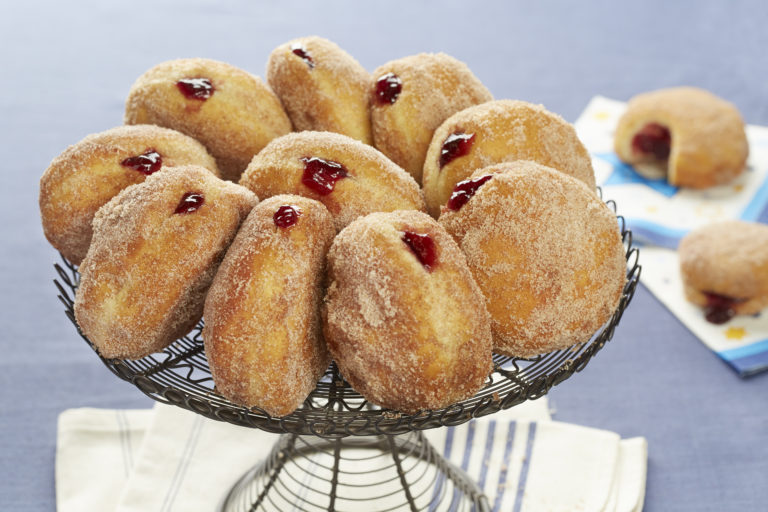 Every culinary culture has a doughy pastry fried in oil, a local version of the doughnut. Jews are no exception. Wherever Jews have lived throughout history, they’ve made a tradition of creating a special Hanukkah version of fried dough to celebrate the Miracle of Oil.

Ashkenazi Jews emigrating from Germany brought the Sufganiyot tradition to Israel in the 1930s. Who can resist these fluffy pillows of dough with your favorite jam filling inside. These always fly off the table. Make sure to get one before they’re gone.

Thank you so much for this recipe, I am definitely making these

I’ve always been too scared to try them, but you make it look so easy! I’m definitely going to try them!

Tried this recipe and followed it to the letter. The dough came out fine. The cooking times…should probably be adjusted. Had the oil at 350 degrees using a candy thermometer. Anything greater than 45 seconds and they came out brown/”burnt”. Nothing near the color presented in the example pic.

Even though they didn’t turn out exact, the family still liked them.