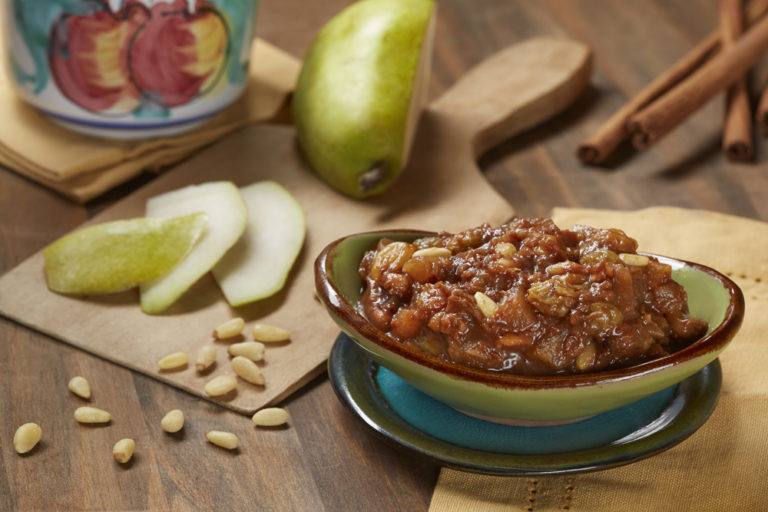 Pine nuts, pears and almonds evoke the flavors and textures of Italian sweet and savory food. If a Jewish family, living in the Piedmont, were making a locally based Charoset, they would find all the ingredients here. It’s a beautiful dish, and like many, my family loves Italian cooking.

The history of the Jews in Italy spans more than two thousand years. The Jewish presence in Italy dates to the pre-Christian Roman period. Despite periods of extreme persecutions and expulsions from parts from time to time, the Italian Jewish community has always been resilient and plays an important role in Italian culture. As of 2007, the estimated core Jewish population in Italy numbers around 45,000.

The first documented Jews in Italy were the ambassadors sent to Rome by Judah Maccabee in 161 BCE. When the Jews were expelled from Spain in 1492, many of them found refuge in Italy, where they were given protection by King Ferdinand I of Naples.