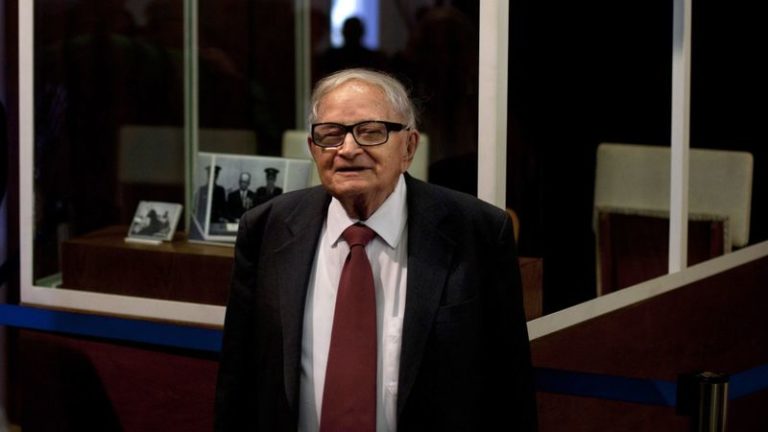 Ricardo Klement was kidnapped in May 1960 just outside Buenos Aires. Rafi Eitan, a leader of Israel’s intelligence community, was in charge of the kidnapping. The team, posing as a group of men fixing a stalled car on the roadside, grabbed Klement as he exited his daily bus. It turns out Ricardo Klement was actually the infamous former SS officer, Adolf Eichmann, who served as a leader in the execution of Hitler’s “final solution.” The capture of Eichmann solidified Rafi Eitan’s legendary reputation as an Israeli spymaster.

At the same time, Israel learned that another infamous Nazi, Josef Mengele, was in Argentina. Mengele was notorious for conducting inhumane medical experiments in Auschwitz. Eitan refused to take Mengele for fear of compromising the Eichmann mission. Eichmann was taken back to Israel where he was tried and  executed. Eitan was present at his hanging.

Rafael Hantman was born November 23,1926 on the Eid Harod kibbutz in the British mandate of Palestine to Russian immigrants. He later changed his surname to Eitan. He joined the Haganah, the predecessor of the Israeli Army before he was a teenager, and was subsequently recruited to the elite branch, called the Palmach. After being wounded in the 1948 War of Independence, Eitan was  transferred to the intelligence unit, where his spying career began. It was during this time he earned a degree from the London School of Economics.

For decades he served as operations chief at Shin Bet, the Israeli version of the FBI. In 1965, he posed as an Israeli chemist visiting a nuclear fuel plant in Pennsylvania. After his visit, it was discovered that a large amount of enriched uranium was missing. Though never solved, the Americans thought the timing of Eitan’s visit was surely no coincidence.

Scandal plagued Eitan’s career while he was running the Bureau of Scientific Liaison. He recruited a U.S. Naval officer, Jonathan Pollard, to spy on the U.S. A co-worker reported Pollard was taking classified materials from the office of the Naval Intelligence Command (NIC). Pollard was arrested and later sentenced to life in prison. The scandal rocked relations between Israel and the U.S. Eitan lost his position and was reassigned as the chair of the Israel Chemical Industries where he worked until the late 1990s. In the mid-2000s, he entered the political arena and became head of the Pensioner’s Party.