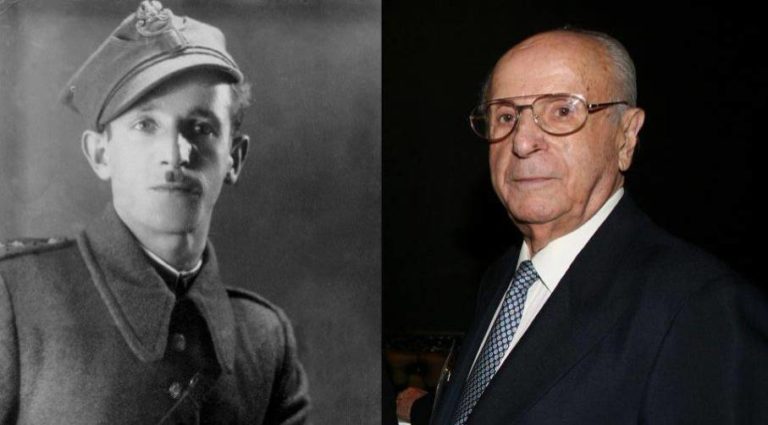 Frank Blaichman was born December 11, 1922 in Kamionka, Poland as Franek Blajchman and had the Hebrew name of Ephraim. When Germany invaded Poland in 1939, Blaichman then only a teen, watched as his town was overtaken by army forces and numerous restrictions were imposed on the Jewish population. While gathering resources and trying to make money for his family, Blaichman refused to wear the Star of David armband during his travels knowing this could lead to death. At the age of 16, Frank Blaichman boldly rode through German-occupied Poland without the required armband. Fortunately, Blaichman’s fluent Polish and lack of an accent helped him pass himself off as a gentile and stay safe during his journeys throughout Poland. From that point forward, Blaichman never stopped showing his courage.

In 1942, German forces began rounding up the Jews in Poland. Blaichman fled and hid in the forest where he found other Jewish citizens hiding from German forces. Eventually, Blaichman helped organize and lead a group of Jewish partisans that wanted to fight the Nazis. Initially, the defense force had no weapons. As a temporary solution, they broke the teeth off of pitchforks, leaving one and hanging them over their shoulders as a way to fool others into thinking they had rifles. In the Winter of 1942-43, the organization found out about a stash of guns that a farmer had and convinced him to let them have them by posing as Russian paratroopers under orders to establish a resistance unit to battle the Germans. With new weapons and backup from other defense forces, Blaichman’s group grew to more than 100 armed Jewish partisans and at 21, he was the youngest platoon commander in the unit. The defense force joined in a number of operations in which they killed German collaborators, ambushed German patrols, protecting 200 Jews that lived in a forest encampment and escorting the future Polish prime minister to a secret meeting with Soviet high command.

After World War II, Blaichman worked in the Polish Security Police with the specific task of tracking down Nazi collaborators. In 1951, Blaichman and his wife immigrated to the U.S. on the Queen Elizabeth where Blaichman worked as a builder and developer. Mr. Blaichman wanted to maintain the legacy of the partisans who fought against the Nazi regime to show that the Jews were not passive victims. In doing so, Blaichman helped to organize and create a memorial for Jewish partisans and soldiers which was dedicated in Jerusalem in 1985. Blaichman also shared his story in his book, Rather Die Fighting: A Memoir of World War II, which was published in 2009. Frank Blaichman died on December 27th, 2018 in Manhattan, New York at the age of 96.

“I’m very proud of what I did all those years… The reality was we had nothing to lose, and our way to survive was to fight.”