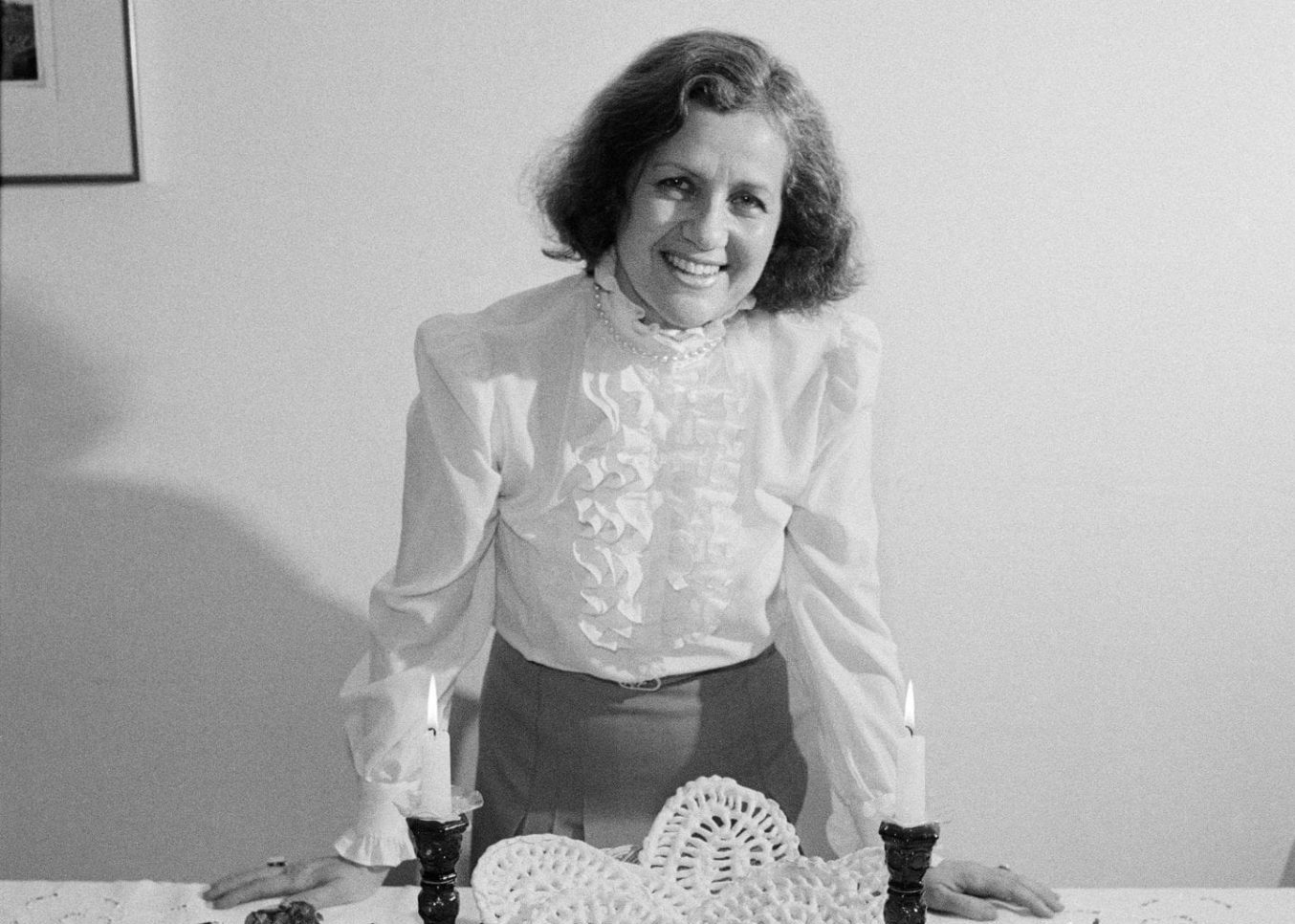 Edda Debora Rafaella Servi was born in Pitigliano, Italy on February 22, 1926. This small town in Tuscany was known as the little Jerusalem due to the large Jewish community which had been in the region for centuries. Servi’s father was the village Rabbi. It was with her mother Sara that she learned many of the traditional Italian-Jewish recipes that would become part of a series of cookbooks she published later in her life.

What had been a peaceful life for Servi’s family changed dramatically in 1936 when Benito Mussolini entered a pact with Germany. Anti-Semitic laws passed in 1938 further altered the dynamic between Jews and gentiles. In 1943, Servi’s parents and youngest brother were sent to a concentration camp in northern Italy. Servi, two sisters and a brother fled into the Tuscany hills where farmers risked their own well-being to shelter them.

Servi’s parents and brother were liberated from the concentration camp and they were all able to reunite back in Pitigliano. But the once vibrant Jewish community there was gone and the family relocated to Florence. Later, Servi immigrated to New York joining one of her sisters.

She married Eugene Machlin in 1960 and settled in Croton-on-Hudson, N.Y. Since she was unable to finish her education during WWII, she later entered Columbia University where she earned a Bachelor’s in 1979.

Her foray into cookbook-writing was set in motion by early visits to NY Italian restaurants. Unimpressed by the local Italian cuisine offered, she began cooking the Italian recipes she recalled from life in Italy and invited friends to dine at her house. They soon began asking for the recipes and Servi began writing them down.

Edda Debora Rafaella Servi Machlin passed away on August 16, 2019 at the age of 93 at her home in New York.