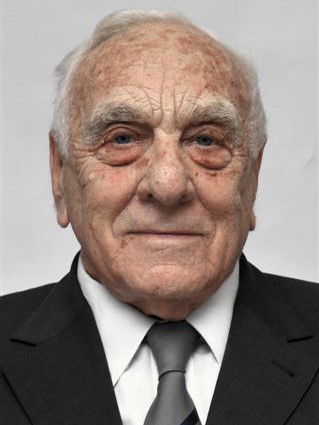 Baruch Shub was born in 1924 in Vilnius, Lithuania. He was the second child of six in a Hassidic family. In 1940 he attended university in Vilnius, studying mechanical engineering.

In 1941 the Germans conquered Vilnius. Shub was able to put his engineering skills to use and was assigned a job making repairs to military vehicles. Later that year the Germans began forcing the Jews of Vilnius into a ghetto. Baruch and his older sister fled the city and began living in the town of Radoszkovice.

In Radoszkovice Baruch once again found work in a German garage. On March 11th, 1942, the Jews living there were ordered to gather in the town square. The Germans rounded up and murdered over 800 Jews including Shub’s sister. Shub hid in the garage where he worked, sparring him from this awful fate.

The surviving Jews of Radoszkovice were forced to live in a ghetto. While living there, Shub joined forces with other Jewish youths to start an underground resistance movement. They obtained weapons and planned to escape from the ghetto. Their efforts were abandoned when the Germans threatened to kill everyone in the ghetto if anyone went missing.

In 1943, Shub returned to his hometown of Vilnius. There he joined up with a group of resistance partisans. They launched several armed clashes with German forces that were attempting to round up Jews to bring to the concentration camps. Shub and his partisans enlisted with the Russian army. There he became a paratrooper and participated in many missions, including liberating towns conquered by the Germans.

In 1945, Shub was discharged from the army and emigrated to Israel. He was recruited by the Israeli military and served as an airplane technician during the War of Independence. He then worked at El Al airlines for 33 years where he achieved the rank of chief flight engineer.

Baruch Shub was an active proponent of Holocaust commemoration until the day he died. He gave many lectures about the dangers of antisemitism and Holocaust denial. He was the chairman of the Israel Organization of Partisans, Underground Fighters and Ghetto Rebels, and a member of the Yad Vashem Directorate. Baruch Shub died on December 20, 2020 at the age 79.

You can listen to Baruch Shub talk about his experiences surviving the holocaust in this video:

You can read more about Baruch Shub’s extraordinary life here.