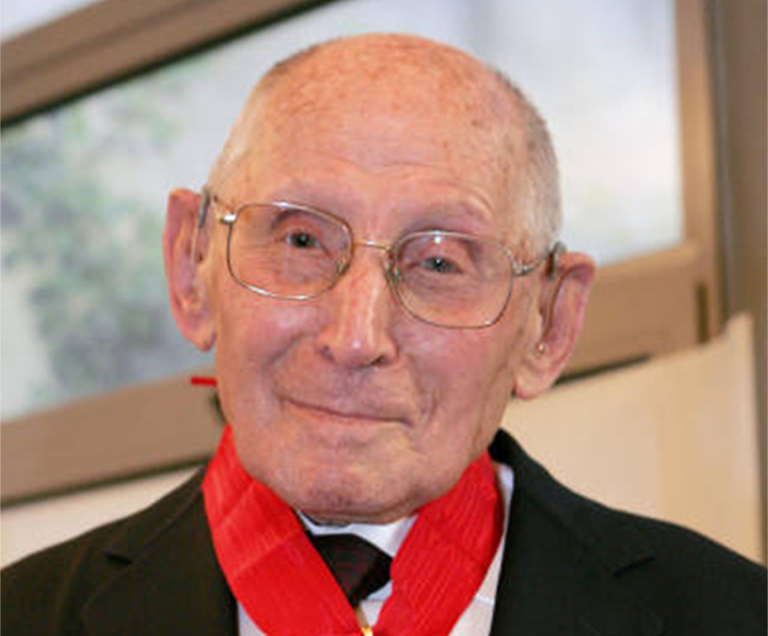 Playing catch over a border fence, posing as mourners and tricking German soldiers were all techniques Georges Loinger used to save at least 350 Jewish children during World War II. Joseph Urie Loinger was born to a Jewish family in Strasbourg, Germany on August 29, 1910. Later changing his first name to Georges, he became an important figure in Theodore Herzl’s Zionist movement as a teenager.

During his service in the French army, Loinger was taken prisoner in 1940 and transported to Stalag 7 in Bavaria, Germany. Fortunately for Loinger, he was not thought to be Jewish because of his blonde hair and blue eyes. His physical characteristics, along with his fluency in German, saved him from being persecuted as a Jew by the Germans. Loinger managed to escape the prisoner of war camp and return to France. There, he became part of the French resistance for a Jewish children’s aid society named Oeuvre de Secours aux Enfants (OSE). Loinger explained that OSE had protected around 1,500 Jewish children whose parents were either dead or sent to concentration camps by hiding them in area homes. While the children were kept hidden, Loinger often worried about their mental and physical health and organized sporting competitions amongst the children to build their physical and spiritual strength.

After the war, Loinger helped with the transportation of Holocaust survivors to British-controlled Palestine and wrote several books about his experiences during World War II. Georges Loinger lived a long and fulfilling life and died at age 108 in Paris, France on December 28, 2018.