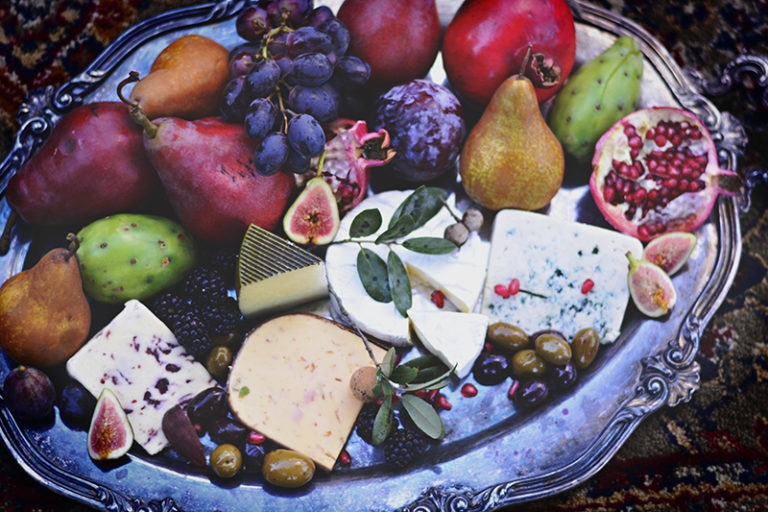 What does the Torah say about Food during the Story of Exodus?

The Food of Slavery

While in Egypt, the Hebrews ate the Food of Slavery, which was “leeks, onions, and garlic” which all came from the ground. Not the air or the sea. In many ways, you can think of the slaves as chained to the ground.

The Food of Wilderness: (Midbar)

When the Hebrews escaped from Slavery into the Wilderness, the Hebrews first ate “Manna” a food from God. This food came from above and from the sky. They also consumed “Shabbat” which was Food for the Soul. “Man does not live on bread alone, but that man may live on anything that the Lord decrees.”

The Land of Israel is called Eretz Zavat Chalav U’dvash, “The Land of Milk and Honey.” It’s clear that to the Torah, food really matters. The Promised Land is actually a place where food is delicious!

The Foods of Freedom are “Olives, Honey, Figs, and Pomegranates.” These foods are all in the air and all have seeds in order to regenerate generations of populations, just as the hope is that the Israelites would create a cycle of generations stretching far into the future in the Promised Land.

Torah References for Food in the Torah

Food of Slavery: “Mitzraim”; (Narrow Place) In Egypt, Hebrews ate the Food of Slavery. All of these food items came from the ground.
(Numbers 11:4-5, p. 307 JPS) “The riffraff in their midst felt a gluttonous craving…We remember the fish that we used to eat free in Egypt…the leeks, the onions, and the garlic.”

(Exodus 16:15-16, p. 148 JPS). When the fall of dew lifted, over the surface of the wilderness, lay a fine and flaky substance, as fine as frost on the ground. When the Israelites saw it, they said to one another, “What is it?” for they did not know what it was. And Moses said to them, “That is the Bread which the Lord has given you to eat…. The House of Israel names it Manna.”

Importance of Shabbat (Food for the Soul)

“Eat it today, for today is a Sabbath of the Lord, you will not find it today on the plain. Six days you shall gather it; on the seventh day, the Sabbath, there will be none.” Exodus 16:26, p. 149 JPS

“God has made you travel in the wilderness these past forty years. He subjected you to the hardship of hunger and then gave you Manna to eat, which neither you nor your fathers had ever known, in order to teach you that man does not live on bread alone, but that man may live on anything that the Lord decrees.” Deuteronomy 8:2-3, p. 393 JPS

Food of Freedom: Eretz Zavat Chalav U’dvash (Land of Milk and Honey) Israel, the Promised Land, is named for delicious and sweet food.

(Exodus 3:8, p. 116 JPS) God will “rescue the Hebrews from the Egyptians and bring them…to a land flowing with milk and honey.”

(Numbers 13:23, p. 312 JPS) The 12 spies went to the Promised Land and “reached the wadi Eschol, and there they cut down a branch with a single cluster of grapes…and some pomegranates and figs.”

(Deuteronomy 8:7, p. 393 JPS) “For the Lord your God is bringing you into a good land, a land with streams and springs and fountains…a land of figs and pomegranates, a land of olive trees and honey; a land where you may eat food without stint, where you will lack nothing…when you have eaten your fill, give thanks to the lord your God for the good land which he has given to you.”