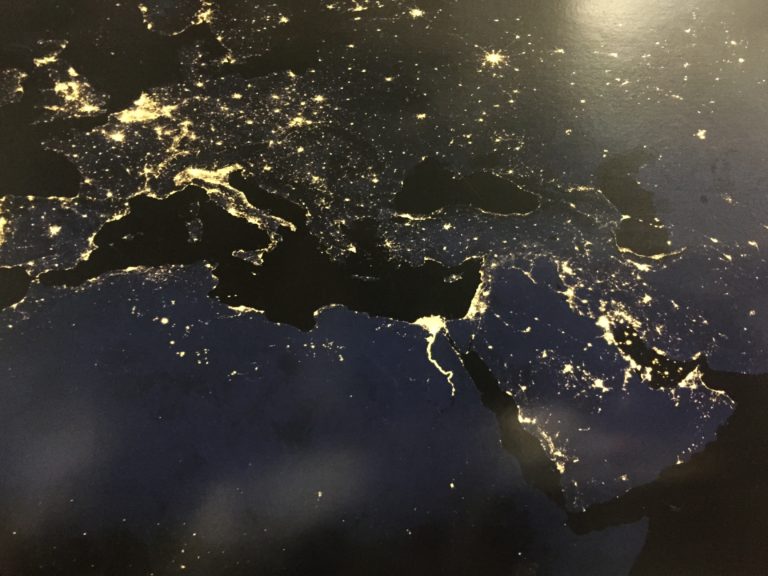 It all began when my daughter successfully graduated from Space Camp.

After a weekend at NASA’s Space Camp learning about outer space and how to get there, I started to ponder space exploration and boundaries. Seeing the photo above, I found myself reminded of the story of Passover and how it applies to today’s outer space discoveries.

During Passover, we refer to Egypt as “Mitzraim” in Hebrew. Mitzraim literally means, “narrow place.”

For Egypt, “narrow” has metaphorical and physical meaning. It can refer to the mindset regarding slavery in Egypt. In many cases, contemporary slavery can be the result of an encumbered mind – a narrow viewpoint that prevents us from seeing a broader or expanded perspective.

In contemporary life, the symbolism of the Exodus story resonates deeply. The process of escaping from slavery in “Egypt,” upheld by a narrow and encumbered mind, to wandering in the wilderness, and finally reaching freedom in the Promised Land (Eretz Yisrael/Israel), is still intensely relevant.

The physical meaning of Egypt’s “narrow place” is found in the heavily populated area surrounding the Nile.  Although Egypt is a very large country, the vast majority of its population lives along the banks of the Nile. This leaves the rest of the country in relative darkness.

One time, I took my daughter, Caroline, to Space Camp, which is part of NASA and the U.S. Space and Rocket Center in Hunstville, Alabama. While viewing the NASA space exhibits, I was struck by this photo of Egypt and Israel at night taken from outer space. The lights in Egypt are all along the Nile, literally giving Egypt a narrow physical appearance. The rest of the country is completely dark (see photo). 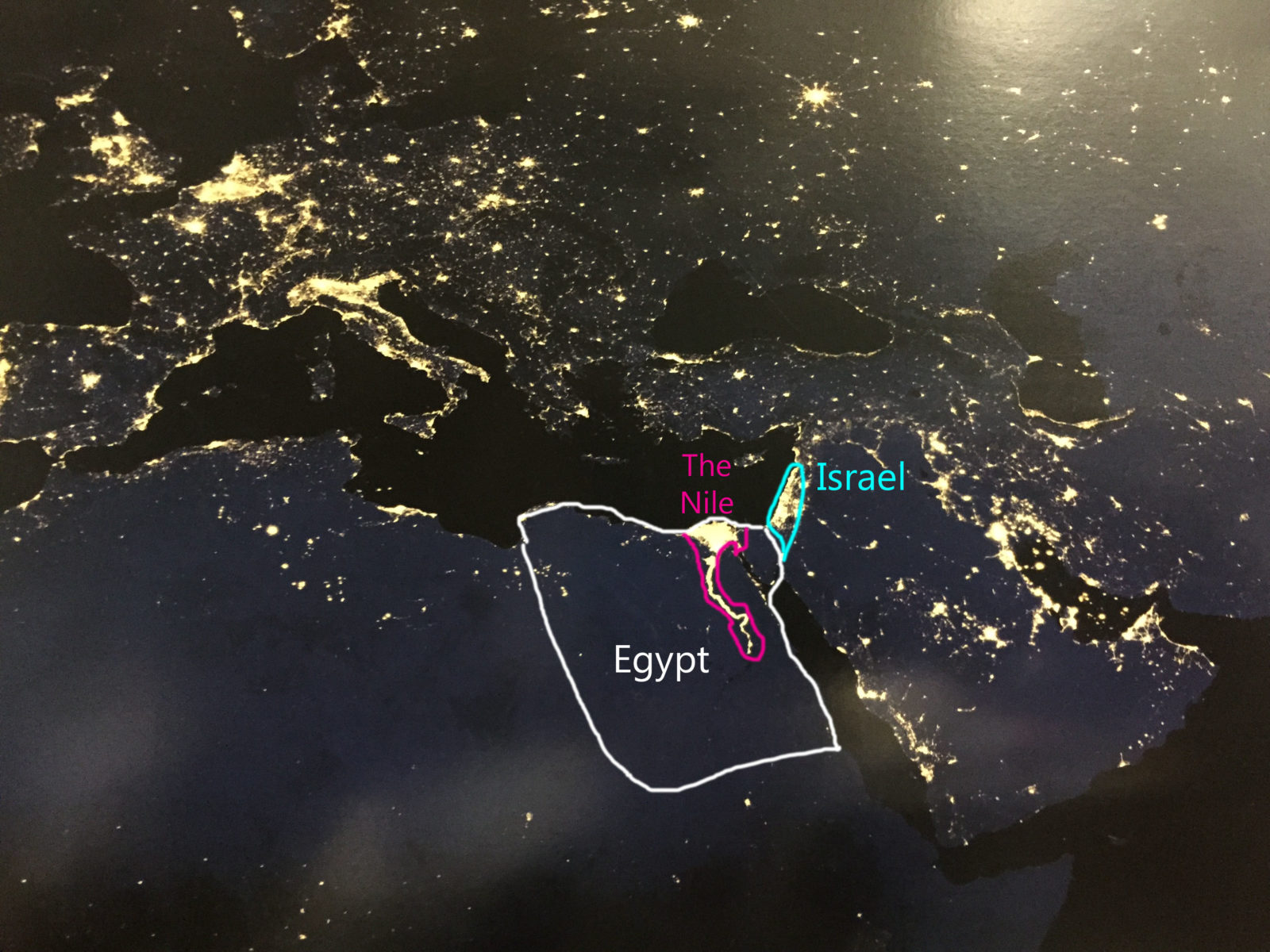 As we successfully graduated from Space Camp and thought of our astronauts who have flown to outer space and landed on the moon, I was struck by the power of the unencumbered mind. Space travel is only possible when people leave the gravitational pull of earth and reach for the unknown possibilities in the stars. Astronauts fly into the darkness, not knowing the impact their light and journey will have. Similarly, the Israelites set out into the dark desert with a hope of freedom and light.

As we say at each Seder: “Next year in Jerusalem!” We continually hope and strive towards breaking past the darkness that may surround us.

In the next two decades, thanks to leaving behind a narrow and constrained mind and attitude, we will land a person on Mars! Our nation of dreamers is ready to further explore outer space, unencumbered by the obstacles that may arise.

Soon, our minds and dreams wide, we may be able to say, “Next year in Mars!” 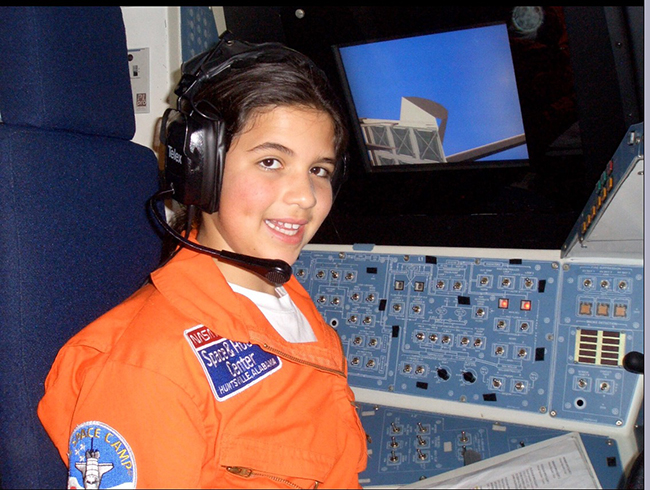 Read about Jessica Meir, an Israeli-American Astronaut who participated in the historic first all-female space walk and who celebrated Hanukkah in space.

Here is an article about Jewish astronauts throughout the history of space exploration.