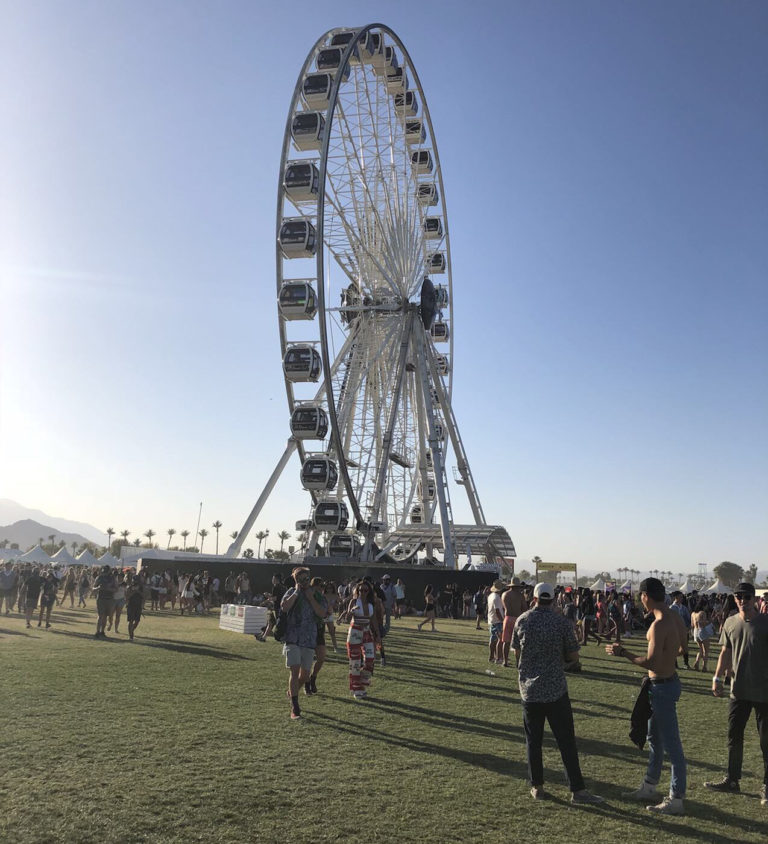 When was the last time you received help from a stranger? How were you saved by the stranger?

I recently attended Coachella and chaperoned my daughter and her friends. During one concert, I overhead a woman explaining to her friend that she had lost her phone and was so lucky to find it in the massive crowd. “My phone was saved by strangers at the ferris wheel,” I heard her say.

Holly was visiting Coachella from San Francisco with her friend Betsy who flew in from Australia. Holly had asked some girls to take a photo of her and Betsy in front of the iconic Coachella ferris wheel. Later in the afternoon, Holly reached into her purse for her phone and discovered it was missing. Holly didn’t panic. But she realized that she had lost her phone at Coachella amidst the 125,000 fans in attendance. She spent the next few hours alternating between enjoying the amazing music and occasionally thinking about what she lost on her phone and how she would replace her phone when she returned to San Francisco. “Three days of enforced meditation and solitude” she thought to herself.

Meanwhile, earlier in the afternoon the girls who took the photo of Holly and Betsy at the ferris wheel were surprised to find a phone on the ground. When they picked it up and opened it (there was no passcode — more on this later) they were shocked to see the photo of the girls that they had taken a photo of earlier.

While Holly was connecting with the music and people at Coachella without her phone, the girls attempted to connect with Holly’s friends/family by dialing recent numbers on Holly’s phone. As Holly later learned, the girls talked to many of her friends and had warm conversations about how they knew Holly. The girls’ plea was simple; “We found this phone at Coachella and are trying to find Holly’s friend so we can return it to her.” After many calls, they finally reached Betsy and made the connection! “Are you here at Coachella? Are you with Holly? Did we take your photo by the ferris wheel?” Betsy confirmed she was indeed with Holly. Holly was so relieved to hear the news and both ran to the ferris wheel to meet the girls. When Holly was reunited with her phone, she looked to the sky above the ferris wheel and said to herself “Trust the universe.”

I ended up talking with Holly after overhearing the story. One nuance really peaked my curiosity. “Holly, why did you not have a passcode on your phone?” Holly explained that she always has a passcode. However, that morning, she happened to remove her passcode to leave the phone unlocked for a friend at her house to access her phone. “I completely forgot to turn the passcode lock back on before I came to Coachella” Holly said with surprise.

I reflected and asked Holly. “If you had known you would lose your phone at Coachella today, would taking off the passcode have been a good or bad idea?” Obviously in a general sense, we are guarded in society and would always say to leave your phone locked. However, today, it was solely because Holly left her phone unlocked that the girls (who were complete strangers) were able to access her phone and connect with her friends to find Betsy and then reunite Holly and her phone.

Joseph was the favorite son of Jacob/Israel. Joseph’s brother came to have tremendous envy and hatred of him. In Genesis 37, Jacob/Israel asks Joseph to go and look for his brothers. On the way, Joseph got lost in Shechem. There he happened to run into a stranger. This stranger asked Joseph, “What are you looking for?” (Joseph) answered, “I am looking for my brothers. Could you tell me where they are pastoring?” The (stranger) said “they have gone from here, for I heard them say “let us go to Dothan” so Joseph followed his brothers and found them at Dothan.”

Both Holly and Joseph were saved by a stranger. Interestingly, Joseph also unlocked his heart by sharing that he was “looking for my brothers”. In spite of the fact his brothers “hated him so that they could not speak a friendly word to him”, Joseph was still open and vulnerable to seeking them. Holly unlocked the passcode of her iPhone which enabled strangers to connect with her friends/family inside the phone and reunite her with her phone. Holly and Joseph both ultimately found what they were looking for. Their journeys were possible because they placed their trust in strangers and allowed themselves to be vulnerable by unlocking their inner passcode. Sometimes you can become stronger by allowing yourself to be more vulnerable.

One of my earliest memories of my Mom was when I was 5-6 years old and we were driving down Hamilton Boulevard (a very busy street in Allentown Pennsylvania) in the middle of January. It was freezing cold and very windy. Suddenly, my mom stopped the car in the middle of the traffic. She got out, ran across the street and continued down the block to catch a hat that was blowing in the wind. She then ran the hat back to a bald, elderly gentleman. My mom had seen his hat blow off. She got back in the car and we drove home. I will never forget this simple act of kindness for a stranger.