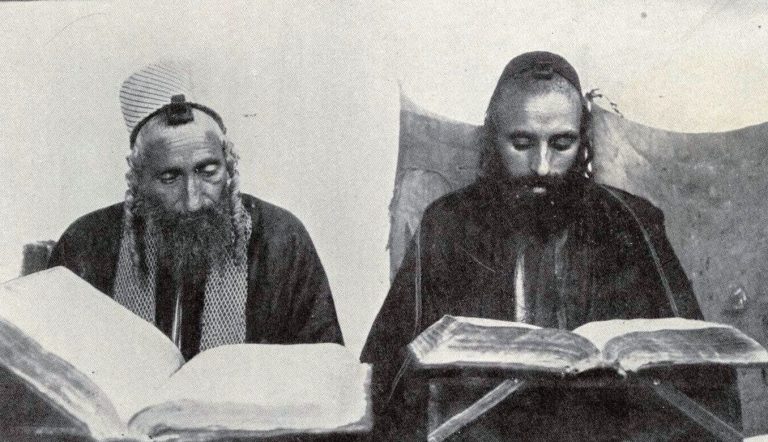 “Growing up I was very proud of my Jewish Yemenite heritage. I always felt privileged to have been born into a family whose Jewish roots trace back more than 2,500 years to the first Jews that left Israel and went to Yemen before the destruction of King Solomon’s Jewish Temple.

My father was born in the northern town of Rada and my mother was born in Yemen’s capital Sanaa. To this day my mother cooks Yemenite cuisine and my parent’s house is always full with the aromatic smell of Yemenite spices. I remember as a child, on Saturday morning after prayers, we used to eat the Kubbana and Jachnoun, flour based foods, along with the accompanying spicy tomato sauce and Samneh, a unique buttery style spread. How I looked forward to those mornings.

My father educated us in all Yemenite Jewish liturgy including the reading the Torah, Talmudic teachings, as well as Sabbath songs. No other community read from the Torah or spoke in the Yemenite fashion as us. We had a tradition that dated back millennia and we were very proud of that fact.

Today, there are almost no Jews living in Yemen, as almost all came to Israel in Operation Magic Carpet. I live in Israel and I continue to pray in a Yemenite synagogue along with my children, hoping to keep alive in my children this ancient Jewish tradition.”

The traditions of the Yemenite Jews are strong, dating back over 2,000 years. Some say that the history of Jews in Yemen dates as far back as the time of King Solomon, while others say they arrived at the request of Bilqis, Queen of Sheba. Evidence proves that Jews were in Yemen as far back as the third century, and historians say that it was most likely trade that brought them there. In any case, Yemenite Jews formed a large community on the Arabian Peninsula.

The Himyarite Kingdom ruled the region from 110 BCE to 525 CE, and during this time the Jews living there prospered. At the end of the 5th century, King Abu-Karib Asad Toban even converted to Judaism. In 518 CE, the kingdom was overthrown by another ruler who converted, Zar’a Yusuf. In 525 CE, however, Christians from the Aksumite Kingdom of Ethiopia killed Zar’a Yusuf and took power.

In 630 CE, Islam arrived in the region. Jews were allowed freedom of religion in exchange for a tax, called jizya. This was in accordance to the Prophet Muhammad’s teachings to protect Ahl al-Kitab, or Peoples of the Scriptures. In the late ninth century, however, the Shiite Zaydi clan seized power and imposed a much harsher rule.

The Zaydi clan determined Jews to be impure, and as such they could not touch a Muslim or a Muslim’s food. They were to walk on the left side of Muslims, greet them first, and keep their clothing humble. They were forbidden from building houses higher than their Muslim neighbors’, and they could not ride a camel or horse. Instead, they had to ride mules and donkeys, and when doing so they had to sit sideways. Jews were required to remove their shoes and walk barefoot in Muslim quarters, and they were unable to defend themselves when attacked by stones or fists by Muslim youth. They were only able to flee or seek intervention from a Muslim bystander. The Zaydi also enforced the Orphan’s Decree, which put any dhimmi (non-Muslim) child whose parents died when they were a minor in Zaydi protection and education.

Jobs that the Jews had during Zaydi rule included silversmithing, blacksmithing, repairing tools and weapons, weaving, pottery, masonry, carpentry, shoemaking, and tailoring. Zaydi Muslims avoided these jobs, instead taking jobs farming and supplying food to the region. In exchange, the Jews manufactured the tools the farmers needed. The Jewish population around this time was approximately 3,000, scattered throughout. Commerce was extensive, though, and Jewish texts traveled throughout.

The Yemenite Jews fell on hard times of persecution when Saladin became sultan in the last quarter of the twelfth century, seizing control of the region and the Shiite Muslims revolted. It was during this time that Yemenite scholar Jacob ben Nathanael al-Fayyumi wrote to seek counsel from Rabbi Moshe ben Maimon, or Maimonides. Maimonides was a renowned theologian, philosopher, and physician in Spain who wrote back with an epistle entitled Iggeret Teman (The Yemen Epistle). This epistle had a strong impact on the Yemenite Jews, serving as a source of strength. Maimonides then met with the Saladin, and brought an end to the persecution.

At the beginning of the nineteenth century, the Muslim Imam had power over the region and made life hard for the Yemenite Jews. They were forbidden from riding mules or donkeys, so they were forced to journey by foot. They were unable to wear new clothes or clothes in good condition, and they could not engage in monetary transactions. They were all craftsmen – mainly carpenters, masons, and smiths.

Hebrew newspapers from abroad arrived towards the end of the nineteenth century, and Sephardic Jews from various Ottoman provinces came to trade with army and government officials. This opened up the worldview for Yemenite Jews, who had previously been fairly secluded. This introduced new ideas and brought a lasting Sephardic influence on the Yemenite culture. Sephardic prayer liturgy was adopted with Sephardic prayer books entering the Yemenite community, causing a divide within the community with controversy on whether to adopt Sephardic prayer or continue the Yemenite tradition.

During the period of 1881 to 1914, about 10% of the Jewish population in Yemen emigrated to Palestine. In 1947, after the vote of the British Mandate of Palestine, rioters attacked Jewish people and their homes, economically paralyzing the Jewish community. Soon after, the majority of the Jewish community, over 50,000, emigrated to Israel through the help of Operation Magic Carpet, which helped rescue Yemenite Jews from the oppression they face in Yemen.

There are an estimated 530,000 Yemenites worldwide. In March 2016, the Jewish Agency for Israel rescued 19 Jews from a now war-torn Yemen and flew them to Israel. As of March 2017, there are still about 50 Jews choosing to remain in Yemen.

To add a traditional Yemenite recipe to your Passover seder, take a look at our recipe for Yemenite Charoset.

*I would like to thank Elan Yaish for his helpful information and personal story.