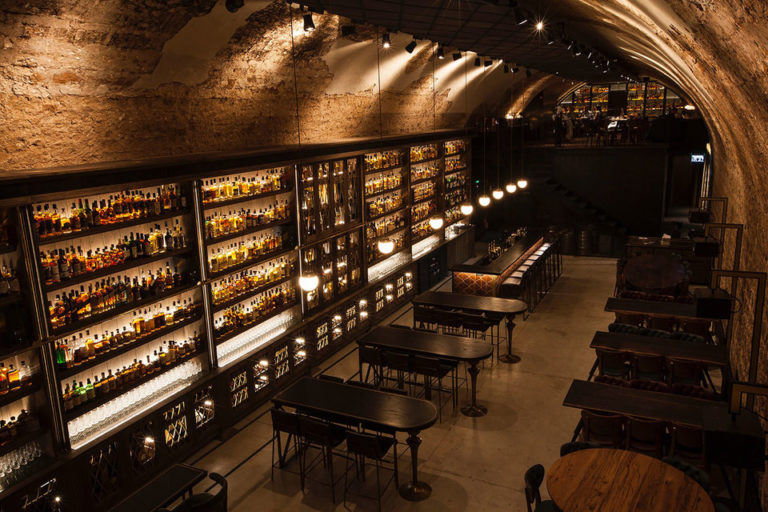 People often put a lot of thought into what they eat, but it is rarer that they think about where they eat. Be it a beautiful view, a frequent family spot, or a historical landmark, eating in a special place can elevate the experience and make it more magical, meaningful, and memorable.

Once such place is The Whiskey Bar and Museum in Tel Aviv which combines the deep traditions and history connected to food and drink with the fascinating and complex history of the space the bar occupies. The bar boasts an impressive collection of over 1,000 whiskies and top-notch food to go with it. Even more savory than the bar’s superb offerings is the incredible tale of the building.

The Whiskey Bar and Museum is located inside the Templar Tunnel. The tunnel was built by the German Templars, a sect of German Protestants that were forced out of the Lutheran Church. These templars believed that they had to move to the Holy Land in order to bring about the second coming of Christ. These templars established an agricultural colony in the land that became modern day Tel Aviv. They constructed a variety of businesses and buildings including a winery. In 1871 the Templar Tunnel was constructed to store barrels of wine for said winery.

In the wake of World War I, the British occupied the holy land. Some of the Templars willingly left, the rest were eventually deported due to the Templar’s support for the Nazi party during World War II.

Much like the rye they serve, the bar itself has been carefully aged to perfection. Like whiskey absorbing flavor and color from the barrel it is stored in, the Whiskey Bar Museum has been elevated by the incredible events that have transpired there. The next time you find yourself in Tel Aviv be sure to stop by to enjoy a strong glass of history with some excellent whiskey on the side.

You can learn more about the Whiskey Bar and Museum here.