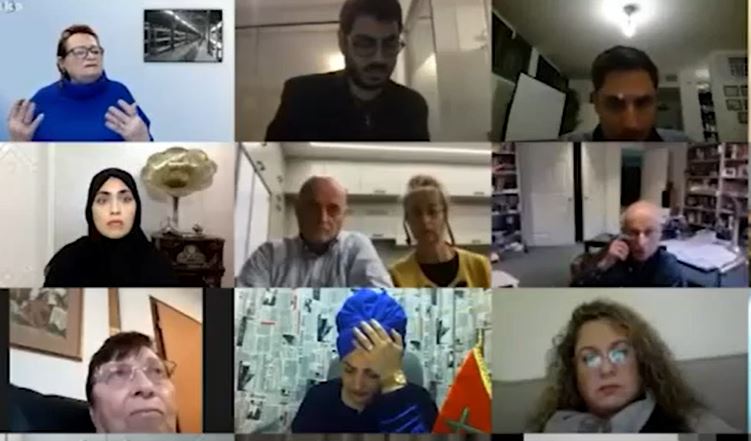 International Holocaust Remembrance Day is held each year on January 27th. The holiday was created by the UN as a way to honor the six million Jews killed in the Holocaust and to spread awareness and education to ensure that such a horror never happens again.

The historic Abraham Accords peace deal created a new opportunity for memorializing the victims of the holocaust. On 2021’s Holocaust Remembrance Day a virtual gathering of over 100 young leaders from Israeli, Morocco, the UAE, Bahrain, and Saudi Arabi took place. Young leaders from all of the attending countries shared messages of love, understanding, and togetherness. Over 100 hands wrote “Never Again” in Arabic and Hebrew, a beacon shining the light of peace and hope for the future.

The highlight of the event was a talk given by Auschwitz survivor Vera Kriegel. She talked about her harrowing experiences living through the Holocaust and the nightmares she faced being experimented on by Dr. Mengele. Vera Kriegel’s story deeply affected and moved participants from across the world.

This historic gathering was organized by a group called The Gulf-Israel Centre for Social Entrepreneurship. The group was founded in response to the Abraham Accords and seeks to normalize relations and build dialogues between Israel and the other Abraham Accords nations. The participants in the Holocaust Remembrance Day zoom call were part of a trip to Yad Vashem Holocaust Museum that the group organized in December 2020.

One of The Gulf-Israel Centre for Social Entrepreneurship’s priorities in hosting events like this is to push for education about the Holocaust and antisemitism to be included as part of the standard school curriculum in Middle Eastern nations. Part of building ties with other countries is to understand each other’s history, culture, and struggles. With Holocaust denial and antisemitism on the rise, educating people about the horrors and prejudice the Jewish people have faced throughout history is more important now than ever before.

This historic and magnificent gathering is one of many steps in building a beautiful and lasting peace. Together we will never forget history as we blaze a path forward to a future full of light and love.

You can watch a video about this incredible event here:

You can learn more about The Gulf-Israel Centre for Social Entrepreneurship their mission here.