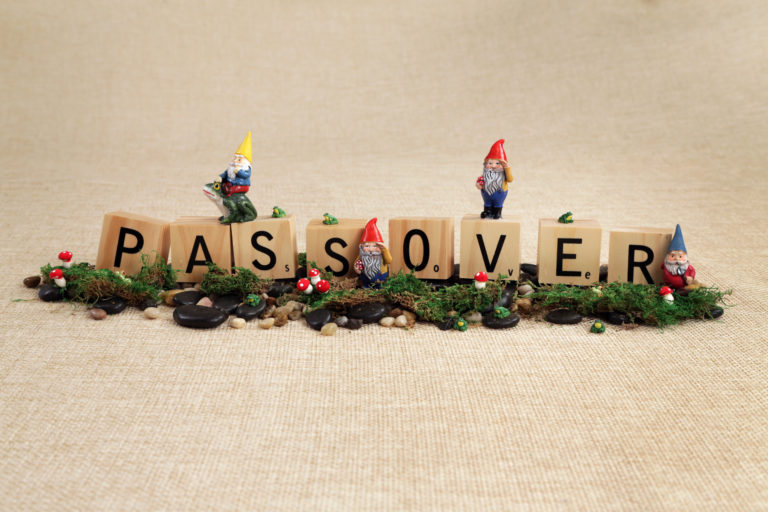 Abracadabra: This familiar word, the ultimate phrase for a magical transformation, comes from the word Bara, to create and Dibare, to speak. Literally Abracadabra means: “I create as I speak.”

Evrit: Hebrew. Literally, “one who crossed over from the other side”, as in crossing the Red Sea and the Wilderness.

Haggadah: The book that contains the prayers, the rituals and specifies the order of the Seder service.

Israel: He who wrestles with God and man, and survives. The first Israelite was Jacob, who became known as “Israel.”

Israelites: Those who wrestle with God and man, and survives.

Juif: French word for Jew, from the Medieval term for Yehudi, tribe of Judah. The word Jew is not a Hebrew word at all.

Matzo: Literally, to drain out. Traditional unleavened bread of Passover, and “narrow” Passover food. Matzo also has another nuanced meaning. We expand our food as we expand ourselves during the Journey of Passover, the Exodus from Egypt.

Mitzraim: Egypt, a Narrow Place. Referring to the proximity of population to Nile. In ancient Hebrew, Egypt is referred to as Mitrzaim. “The narrow place,” because most the population lived in a narrow region around the banks of the Nile.

Midbar: In Hebrew, Wilderness is Midbar, which means “Dibare” to speak. God spoke to Jews when they wandered in the Wilderness.

Moses: Drawn out of water. We don’t know Moses’ real name, we only know him as the “one who was drawn out of the water.”

Seder: Order. The order of the Passover service, as described in the Haggadah.