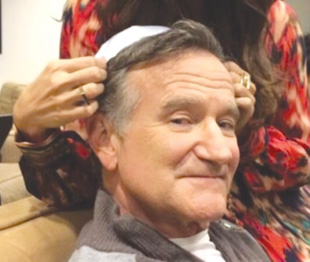 While Robin Williams was not himself Jewish, he had a deep connection to the Jewish people. He starred in the Holocaust movie “Jakob the Liar”, where he played the titular Polish Jew. He had a great Yiddish accent and would frequently incorporate funny but tasteful uses of it into his acts. For all these reasons and more, many consider him to be an honorary Jew.

Below you can watch Robin Williams hysterical retelling of the story of Exodus: