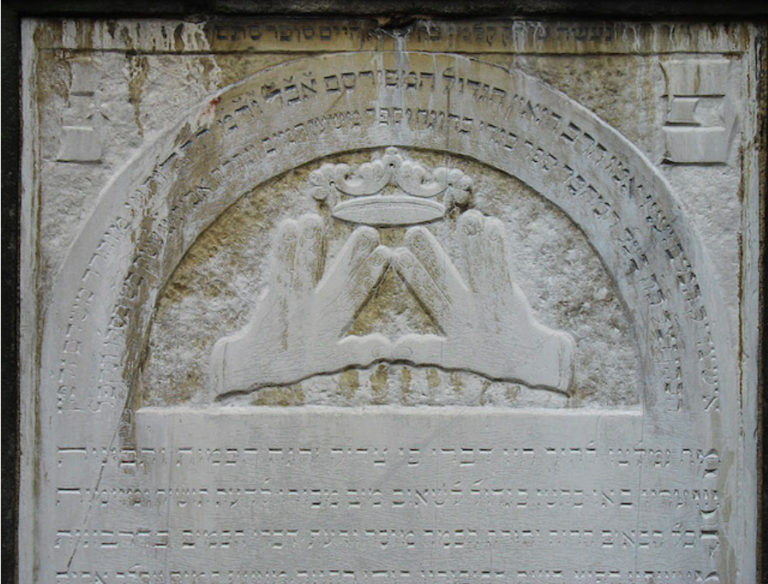 This picture is of the Kohanim tombstone of one of my family members.

On December 20th, 2020 I had the privilege of attending an outdoor bar mitzvah ceremony for my friend’s son. It was a deeply moving and inspiring event that I am grateful I got to experience. During the ceremony I mentioned that I was a Kohen. Upon hearing this my friend asked me to serve the first Aliyah (Torah reading) at the bar mitzvah. It was an honor I was happy to do, but it left me curious about what being a Kohen meant and the history of the Kohanim.

Wanting to know more, I reached out to my Uncle Sandy (Rabbi Daniel Goldfarb), an expert on all things Jewish. Here is what he had to say:

The Kohanim are a big topic – history, scope, sociology, residuals in today’s Jewish world, etc.  The Wikipedia article is quite good and quite detailed. It discusses the applicable matters today, such as aliyot for the Torah reading and birchat kohanim, the priestly blessing.

Another, shorter, article can be found here.

But of course, there are many articles and papers written on the subject.

How do we know that we are Kohanim?  In some families it’s easier, because of the name.  People with names like Cohen, Katz, Kahan, Kagan are usually Kohanim, though that is not always dispositive.  For people like us it relies on family tradition.  Gramps, who did not have a serious religious education or home experience, nonetheless always said that his father’s family were Kohanim.  So his father had told him.  I got “proof” of this, as indeed do many people, when I saw his father’s gravestone at the cemetery in Boston.  On the tombstone were inscribed the hands held up for the, which is a common feature on graves of Kohanim.

I’ve heard from other Kohanim that they have confirmed their status the same way, though many probably have only the oral tradition.

Today there are vestiges of the tradition – the first aliya, though as you will read, many (most?) Reform and some Conservative congregations have done away with it.  Birchat Kohanim is still done in Orthodox synagogues and some Conservative synagogues – in Israel every day, on the Festivals in the Diaspora.  Traditionally Kohanim are careful about (stay away from) cemeteries and they “officiate” at Pidyon Haben (redemption of the firstborn) ceremonies.  The latter two are still observed in more traditional parts of the community.  Kohanim are not supposed to marry divorcees or converts.

Kohen status passes from the father to their male children.  Your girls are not, nor will their children, even male children. There are some conservative synagogues which will give the Kohen (first) aliya to a Bat Kohen (daughter of a Kohen).

As I say, this is a BIG topic.  I hope I’ve responded to most of your questions and pointed you in the direction to learn more.

Love to you all, Sandy

I decided to follow his advice and do my own research into the Kohanim and their incredible history.

The history of the Kohanim

The story of how the Kohanim become the Jewish priests starts during the Exodus from Egypt. While Moses was receiving the 10 Commandments on Mount Sinai, the children of Israel built a golden calf that they began to worship (Exodus 32:4). The only group of Israelites that didn’t succumb to idol worship were the Levites. In return for their adherence to their faith it was decided that they would become the priestly servants of God. Of the Levites, Moses’ brother Aaron was selected as the first Kohen and high priest. Aaron’s descendants followed in his footsteps, his role as priest and Kohen status passed on to his sons and their sons in turn through the eons.

When the great Temple of Jerusalem was constructed, the Kohanim served as its priests and keepers. They had a variety of sacred duties including lighting the menorah, offering incenses, and leading sacrifices. They wore special clothing and had to follow strict rules meant to keep themselves pure. They also handled much of the administrative, logistical, and legal aspects of activities relating to worship.

During each generation one of the Kohanim would be selected to be the High Priest, who could override any other Kohanim. The High Priest alone was permitted to enter the Holy of Holies on Yom Kippur to make offerings to God.

After the destruction of the temple in Jerusalem and the Jewish diaspora, the role of the Kohanim as leaders in the faith diminished as rabbis become the main Jewish spiritual and community guides. However, the difference between rabbi and Kohen remain. While the Kohanim no longer lead the Jewish faith they still serve an important function in Jewish religious rites.

Kohen status is passed from a father to their sons, women cannot hold or confer it. There is no definitive way to prove Kohen status beyond individuals’ self-identification, but there are some factors people will use to back up their claims of Kohen status.

The popular Jewish surname “Cohen” was derived from Kohen, sometimes the last name is used to identify if someone is a Kohen. However, this is not a particularly effective method as not all people named Cohen are Kohanim and not all Kohanim are named Cohen. Many Kohanim use their family history and traditions to back up their Kohen status.

There is some evidence of a unique genetic marker on the Y chromosome that could possibly prove Kohen status. That being said, presently there is still not enough DNA evidence to make accurate identifications of who is a Kohen.

Ultimately, without any sort of verifiable hard evidence available, identifying oneself as a Kohen is part of a cultural honor system.

Privileges and restrictions of the Kohanim

Being a Kohen still carries a variety of special privileges and restrictions today.

Kohanim are forbidden from being in close proximity to dead bodies other than those of close family members. Many Kohanim avoid cemeteries entirely and will only attend funerals for immediate relatives.

There are a variety of restrictions on whom a Kohen is allowed to marry. Traditionally, a Kohen cannot marry a woman that has been divorced or converted. In the Orthodox community violating the marriage restriction can result in the stripping of one’s Kohen status.

Kohanim have the honor of being called to give the first aliyah, the blessings over the Torah, during religious services. The Kohanim also deliver the Birkat Kohahim (priestly blessing) during services. In Israel, the Birkat Kohahim is recited during most services, but elsewhere it is only performed on major holidays.

The Kohanim are also central to the Pidyon Haben. The Pidyon Haben is a ceremony of redemption for Jewish first-born sons. According to the Torah, God said that the Israelites must “redeem every first-born male among your children” (Exodus 13:13) because during Exodus their first-born were spared while the Egyptian’s were not. On a first-born son’s 31st day of life, their parents must perform this redemption ceremony by paying five shekels to a Kohen.

The history of the Kohanim is a rich and fascinating one. I am both proud and honored to be a part of it.

The International Kohanim Society maintains a database of Kohanim, there are thousands of them registered with the society from across the globe.

The first Kohen-Levi family reunion to happen in over 2,000 years occurred in 2007 in Jerusalem. You can read about it here.

Leonard Nimoy’s famous live long and prosper hand gesture from Star Trek was inspired by a hand sign that Kohanim use when delivering blessings. You can read more about it here

You can read my Uncle Sandy’s words of wisdom about how the Jewish calendar works here and about the holiday of Shavuot here.