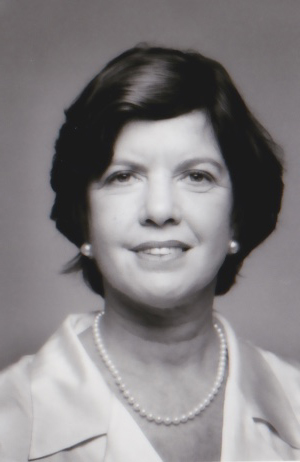 Andy Warhol once allowed that in the future everyone will have 15 minutes of fame.

Howard Stern gave me quite a bit more.

Four years ago, I was on the Howard Stern morning radio show for 38-1/2 minutes. My celebrity lingered on. In its aftermath, I received fan letters from Stern listeners in Baltimore, Washington, D.C., Los Angeles and New York City. I received two marriage proposals and two requests for dates. Oh, and a cab driver saved me five minutes in traffic “out of respect.”

Perhaps most important, I became a legend with my sons’ friends, who wished that they had a mother that “hip.”

Ironically, four years to the day that I was a phone guest on his show, I met Stern in person during an interview in New York City for his new movie “Private Parts.”

Did he remember me?

“Of course I remember you,” said Stern.

Before 1993, I had never heard of Stern, let alone listened to him. And the first time I did, at the urging of my youngest son, I turned him off, disgusted by his crude language.

My dialogue on Stern’s show came about unexpectedly. I had written a review of a Regis Philbin show at the State Theatre in Easton for The Morning Call. A few days later, my phone rang. It was 8:15 a.m. “Turn on Howard Stern. He’s talking about you,” gasped a friend from his car phone.

I ran to my radio and flipped through the dials with one hand while reaching for the telephone with the other. “You’re on Howard Stern,” screamed another friend just as I heard Stern talking about “Goldfarb from Allentown.” Goldfarb was my name from a previous marriage.

For the next hour I sat and answered my phone, amazed at how many of my friends listened to Stern’s show. Everywhere I went, people had heard the show. Husbands called wives at home to tell them. The wives called me.

My male friends and my sons’ friends thought that Stern reading my Philbin review from The Call on the air was a wonderful joke. The review was not favorable. But Stern dislikes Philbin, so he relished it (a fan had faxed him the review). My women friends were incensed at Stern’s cracks demeaning my sex and my religion.

“Another suburban housewife who thinks she can write,” said Stern. “Another Jewish lady with a hobby,” joked Robin Quivers, his on-air sidekick.

When I stopped at The Morning Call’s main office in Allentown that afternoon, I found out that Stern’s staffers had called and wanted me to call Stern on-air the next morning.

Friends of mine who listened to Stern had advised that I take the offensive early, to not back off and to tell him, when the moment arose, that I had “a really great bod.”

The next morning, I called Stern on the dot at 7 a.m. and found myself on his nationally syndicated show. Initially, Stern asked me to read my review, but I reminded him that I was paying for the phone call and didn’t need to pay for the privilege of reading my review to him.

“Get her number and we’ll call her back,” said Stern. Seconds later, I was back on the air — and Stern was paying for it.

Howard, Robin and I verbally sparred for the next 37 minutes, discussing everything from Philbin to Rex Harrison to the philosophy of theater criticism. When the moment of truth came and Stern asked about my breasts and my physique, I was ready. My answer, “Fabulous,” startled Stern, who followed up with, “Are you really fabulous?” and I answered, “I can tell you anything. This is radio.”

What amazed me the most was that this was not to be a one-day or a one-week deal. My instant celebrity lasted for more than a year, picking up new momentum when my segment was chosen for ‘The Best of Howard Stern’ the following year.

Nearly two years later, while doing an interview in New York at the Bottom Line club, I mentioned to a young jazz artist that I was from Allentown. “There was a nutty lady from Allentown on Howard Stern,” he said. I sat there and beamed.

During a cab ride in New York traffic, the driver announced that he was a Howard Stern fan. My friend asked him what was his favorite show?

“Well, once there was a ditzy woman from Allentown,” he answered.

Well, fame does have its price. And, I guess, everyone’s a critic.