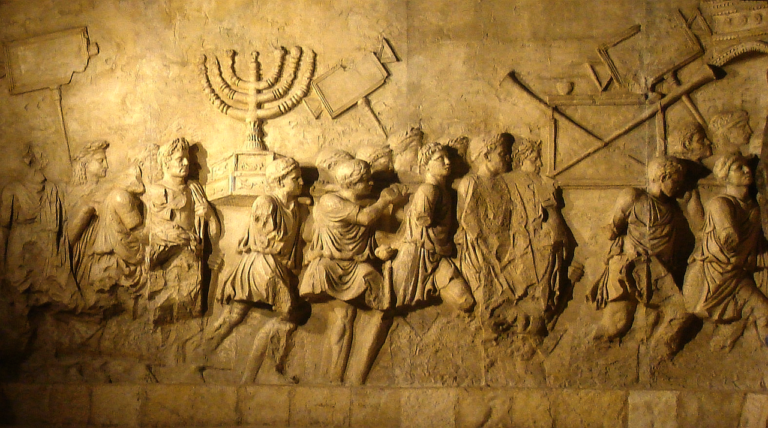 On each night of Hanukkah, we light a new candle on the Menorah. Where did the tradition of the Menorah begin?

After leaving slavery in Egypt for the Promised Land, as they trekked through the wilderness (Exodus: Chapter 25), God commanded the Israelites to make the original Menorah (seven-branched candelabrum). One interpretation of the meaning of the seven branches is that they represent the seven days of creation. After escaping from slavery in Egypt, the Israelites created a new community and a new way of life.

When the First Temple was built in Jerusalem, our ancestors erected a large Menorah. The priests lit the Menorah in the Temple every evening and cleaned it every morning, replacing the wicks and putting fresh olive oil into the cups. The light of the Menorah symbolizes an eternal flame. It has been said that the Menorah is a symbol of the nation of Israel and its mission to be “a light unto the nations” (Isaiah 42:6).

The Menorah is among the most widely produced articles of Jewish Ceremonial art. The seven-branched Menorah is a traditional symbol of Judaism, and is an emblem of the State of Israel. 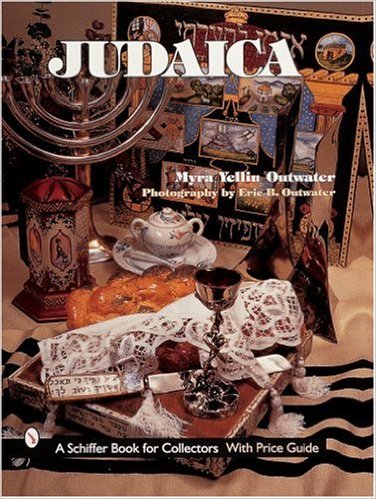 On a personal note, I am enormously proud and inspired by my mother, Myra Yellin Outwater, who wrote and compiled the photos in an incredible book called “Judaica.” I wanted to share her beautiful work with you. Here is a link to her Menorah Gallery.

The Hanukkah Menorah or Hanukkiah is a nine-branched candelabrum lit during the holiday. On each night of Hanukkah we light new candle or wick. The ninth one, called the Shamash (“helper” or “servant”), is used to light all the other candles or oil lamps. To be kosher, the Shamash must be placed on a different level than the eight other candles.

Since Hanukkah is a holiday celebrated in the home, lighting the Menorah gives each family the ability to bring the holiness of the holiday, and of the ancient Temple re-dedicated by the Maccabees, into their own home. We like to have each child participate in creating the miracle of Hanukkah by lighting his or her own Menorah, or by having the chance to light a candle. With each succeeding night, we magnify the blessings of the holiday. Lighting the Menorah is truly a re-dedication of one’s commitment to faith and family.

The light of the Menorah can be seen to represent any and all of the following: