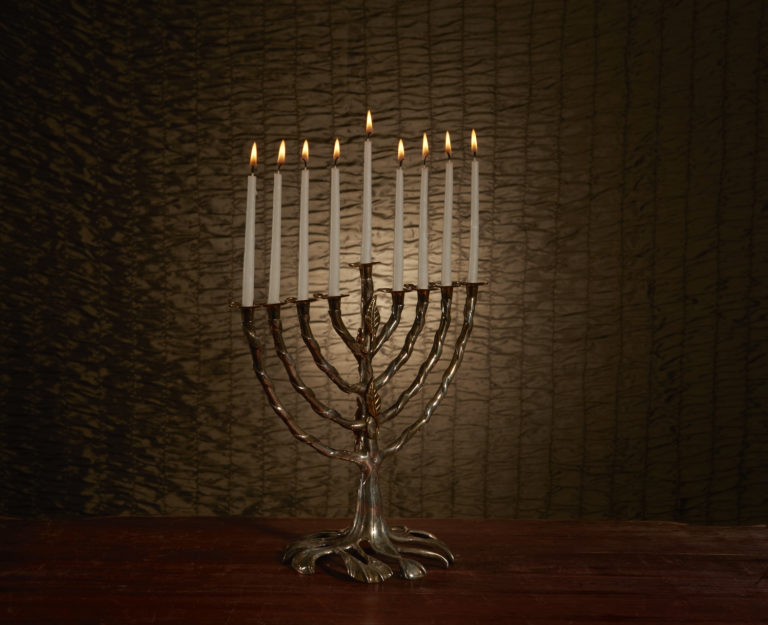 The tradition of the Menorah dates back to the story of Exodus (Exodus: Chapter 25). God commanded the Israelites to light the Menorah in the portable Temple in the wilderness. The flames of the seven-branched Menorah became a metaphoric “guiding light” for the Israelites, and the Menorah and the Eternal Light became fixtures in every Jewish house of worship.

In the story of Hanukkah, Antiochus and the Syrian Greeks sought to extinguish the flames of Judaism by forbidding traditional Jewish practice and desecrating the Holy Temple in Jerusalem, literally putting out the lights of Jewish worship. Mattathias, Judah, and the Maccabees rekindled Jewish life by defeating the Greek empire, returning home from victory and turning their energies to purifying and re-dedicating the Temple, including re-lighting the Menorah.

Lighting the Menorah allows each of us—adults and children—to participate in the ongoing miracle of renewing the light of Judaism, generation to generation. And we recognize that today we are blessed to be able to do so freely, without fear of persecution.