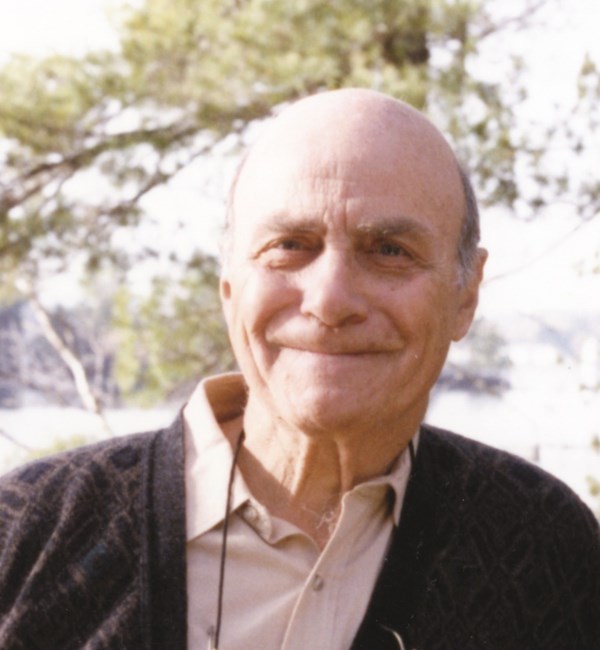 When Jay Rosenfield and his wife, Barbara, heard teenagers jeer the movie “Schindler’s List” in 1994, their reaction was not anger, but resolve. They bought 400 tickets so students at Concord and Kearsarge Regional high schools in New Hampshire could see the movie. The Rosenfields also arranged and paid for buses and lunches, and organized discussions afterward. A past president of Temple Beth Jacob in Concord, N.H., Mr. Rosenfield worked with a teacher at Kearsarge Regional Middle School to establish a Holocaust education program, a weeklong curriculum that included visits from survivors. “Years later, Jay and Barbara continued to get letters from students commenting on the impact the program had on their lives,” said their daughter Kim of New London, N.H. Mr. Rosenfield, who owned Concord Cleaners on Main Street in Concord and liked to introduce himself as “a CPA – that’s cleaning, pressing, and alterations,” died of cancer Oct. 26, 2014 in Dedham, MA. He was 86.

The Rosenfields received a statewide award for establishing the “Schindler’s List” educational programs, according to family. The movie was based on the World War II work of Oskar Schindler, a German businessman who saved the lives of more than a thousand Jewish refugees, many of them Polish, during the Holocaust by employing them in his factories. Mr. Rosenfield and his wife told their five children “that there were people in need and that we should be aware of and act on that,” Kim said. “My father saw every encounter as an opportunity to lift people up and make a new friend.” While residing in Marblehead, the Rosenfields hosted international exchange students.  Mr. Rosenfield, who was a member of Temple Sinai in Marblehead, MA led a drive to establish a counseling and hotline center for Marblehead teens. At Concord Cleaners in New Hampshire, which he operated for 26 years through the late 1990s, he cleaned coats at no cost for the homeless and never charged for cleaning U.S. flags or Jewish prayer shawls. He also slipped pieces of candy for campers into the packages of laundry he delivered to Camp Alton in Wolfeboro, N.H., where he had been a counselor in the 1940s.

While president of Temple Beth Jacob, Mr. Rosenfield was a driving force to build a wing in 1988. It enabled the growing congregation of more than 400 members to sit together for the first time at High Holy Day services, instead of dividing into two groups, one of which had to watch services on TV monitors. A 1945 graduate of Brookline High, Mr. Rosenfield was connected to the cleaning business and charitable endeavors through his parents. His father, Harry, a Massachusetts Institute of Technology graduate and chemist, operated National Laundry in Dorchester, where Mr. Rosenfield worked in his youth. His mother, Ruth, was a registered nurse. Mr. Rosenfield graduated from Dartmouth in 1949 with a bachelor’s in psychology and economics, and from MIT in 1951 with bachelor’s degrees in engineering and business. While at MIT, he met Barbara Mann, who was attending Wellesley. They wed in 1951.

After serving three years as a Navy lieutenant, Mr. Rosenfield worked for General Electric and Xerox and owned a chain of coin-operated laundry businesses. In 1967, he left the corporate world and opened One Stop Cleaners in Bedford. He explained the decision in 2001. “The service business afforded me a unique opportunity for enlightened self-interest. I was able to fill people’s needs — only people with problems come to a dry cleaner,” he wrote. “This small business is a microcosm of all business, government, law, human services, machinery, production control, engineering, real estate, taxes, chemistry, environment, banking, accounting, community relations, and customer service. I dealt with them all.” Kim said her father treated employees like family. “Even when business was tough, he gave bonuses and provided health care and pensions, unusual for a business that size,” she said.

Mr. Rosenfield, who moved to New London in 1979, served one term as a New Hampshire state representative as a Democrat in a heavily Republican district. A former president of the North East Fabricare Association, he advocated recycling garment bags and using environmentally safe cleaning products and disposal methods. With a home on Lake Sunapee, Mr. Rosenfield loved outdoor sports and playing bridge, and was active in Dartmouth alumni activities.