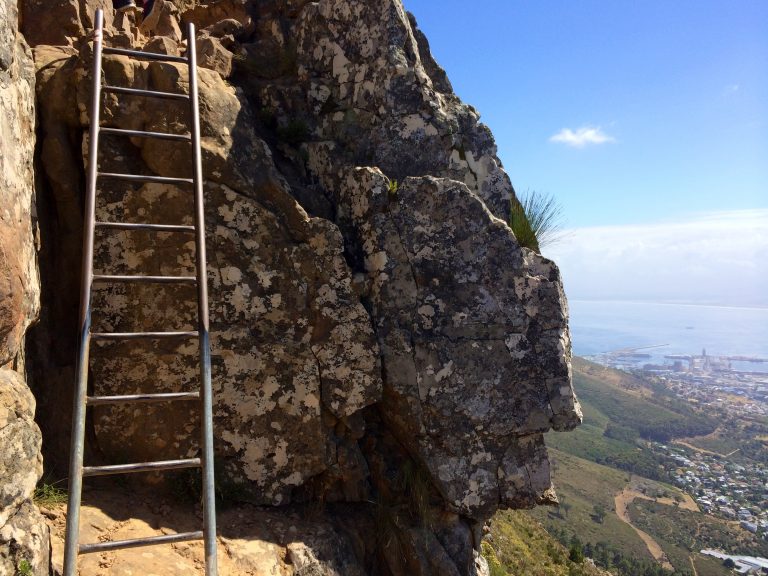 The dream of Jacob’s Ladder provides a great metaphor for living. In this week’s torah reading, Genesis Chapter 28 Verse 10-19, Jacob dreamed of angels climbing the ladder. Angel in Hebrew means “messenger.” The angel-messengers start on the bottom of the ladder and carry a message up to heaven and then return with a message from heaven down to Jacob on earth. As a result, Jacob learned of his spiritual connection by the ascent of the message and also the message returning to him. It is the journey of a message and how it comes back to us with a fulfillment that we could never have dreamed of when we began the journey of ascent that is one of the very important messages of Jacob’s Dream.

Jacob’s Ladder can provide magical insight into how to live your life and find meaning. A few years ago, I had dinner with a friend, Mike Lewis, who was debating about whether to take a year off and play on the professional squash tour. He was 24, a Dartmouth college graduate where he captained the Varsity Squash team, and was an aspiring junior venture capitalist. He had it all. Or so he thought.

One day, he decided that he wanted to take a year off and play on the international professional squash tour. After careful reflection and planning, he decided to make the jump. We had multiple conversations about the pros/cons of taking time off. In our last dinner when he finally committed to the unknown path of turning pro, he asked me what he would do with his time on the tour when he wasn’t playing squash. He asked if he should enroll in an online MBA, study a language, or start a new company. I reflected and told him “No, don’t fill the time and the space. You will find that something will develop in the time between all of the squash training, squash tournament matches, and travel between the tournaments.”

I explained that he should think of his year of playing professional squash like a Ladder. The geometry of a Ladder is that only 15% of the surface area is comprised of the rungs and ladder structure. 85% of the surface area is air – the space between the rungs. All of the growth and development of the ladder takes place as you climb, from one rung to the next rung. The growth actually occurs in the empty space between the rungs. Similar to Jacob’s dream, the message comes from the ascent of the ladder.

I then made the connection to the squash tour. I told Mike that if he won every squash tournament that he entered, it would take about 120 hours of match squash. If he practiced 2 hours a day, six days a week for 50 weeks of the year, it would be 600 hours. Thus the squash portion of the year would only comprise 720 hours, which is 30 days, or one month. One month of the entire twelve months would be squash related. Eleven months would be the space between the rungs. I told him that the squash tournaments and training were simply providing the structure of his year. That was Mike’s ladder. The exciting opportunity for growth and development was how Mike would handle and learn in the space between the squash tournaments and practice. I explained that he would find that planning for “nothing” scheduled would potentially bring him “everything.”

In today’s hectic world, too many of us fill our lives with so much, yet for so little. Endless and repetitive meetings that are not necessary. Overscheduled personal lives. Multi-tasking without a break.  It is truly like a ladder which has a rung to space ratio of 50:50 instead of 15:85. In such a 50:50 ladder, there is no place to put your feet and hands as you climb. The structure of the ladder is so filled and compact, that you cannot even climb it.

I told Mike, “Try to minimize the structure of your ladder. It should be sufficient to have structural stability. However, maximize the space between the rungs where you can find growth and spark creativity.” I told Mike that “Being bored is a blessing.”

One year later, Mike told me that he had an amazing year. He was so inspired to share his personal story about jumping off the rat race of his life and starting something new. As he traveled, he found many other people searching the question of how to start a new passion while feeling trapped in the structure of their current life. Mike shared his personal story of taking a jump and giving up a secure job as a venture capitalist in order to become a professional squash player. Mike wrote a book and started a social media site called When to Jump. It is a collection of essays and personal narratives that people from all over the world have shared to form a common purpose – how to live a purpose driven life and find personal meaning.

Back to the ladder. One day during Mike’s journey, I received a text from him. “Andy, thought you would enjoy the photo. I am in Cape Town. I am living life on the ladder. Thank you!”

The photo in this blog is the photo that Mike sent to me when he climbed Table Mountain in Cape Town, South Africa. I think that it captures my thoughts exactly. Look at the perspective that you are able to have when you climb the ladder. And look at all the things that one learns and experiences that Mike could have never imagined by just beginning the ascent and learning how to grow and thrive in the space of the journey that is available in between the ladder rungs.

Below you will find three exercises to help apply “Living on the Ladder” to your daily life.

Print your weekly calendar for a three-week period. Examine your meetings/appointments and determine when each meeting was Transforming (truly valuable and worthwhile), Neutral (not so valuable and not necessary), and finally a Waste of Time. Use three highlighters to mark each appointment — yellow for Transforming meetings, green for meetings that are Neutral, and Blue for those meetings which were a Waste of time.

Then try to determine when each meeting was scheduled. Was it a longstanding reoccurring meeting? Was it a meeting planned weeks in advance? And finally, was it planned closer to last minute? Maybe less than one week in advance or even the day before?

My hypothesis is that many of the BLUE Meetings (waste of time) are reoccurring and long standing meetings. I would also surmise that many of the YELLOW (transformational meetings) were planned closer to the moment or last minute. I find that spontaneity generally leads to more compelling and valuable meetings.

Don’t plan any meetings. Really! Leave a week without any plans. See how your week can be so much more creative and productive. You are only allowed to plan meetings for the very next day. For example, Tuesday meetings can be scheduled on Monday. But not more than one day in advance. All last minute meetings. Having no meetings or appointments doesn’t mean you are not productive. It just means that you are being proactive in the perceived importance of the moment and not a prisoner or reacting to others who are scheduling your time.

I realize that this exercise would be nearly impossible for many people to live with long term. And in fact, I realize you may really have a hard time even trying for one week. Trust me. Try it. You will be surprised and learn invaluable lessons!

Find a different workspace. For a day!

Work from your home office. Or work from a Starbucks/WeWork/or a hotel room.

Just work in a different location from your office. Free yourself from the distractions of the office and other people. While I firmly believe in the importance of working collaboratively in-person with other people, sometimes having the freedom and solo time can yield more creative, productive outcomes.

I have found that a lot of my most creative and productive work and ideas arise from solo time on planes and working from home.

Try this for one or two days! You may be surprised by the catalyst of your creative and productive energy.