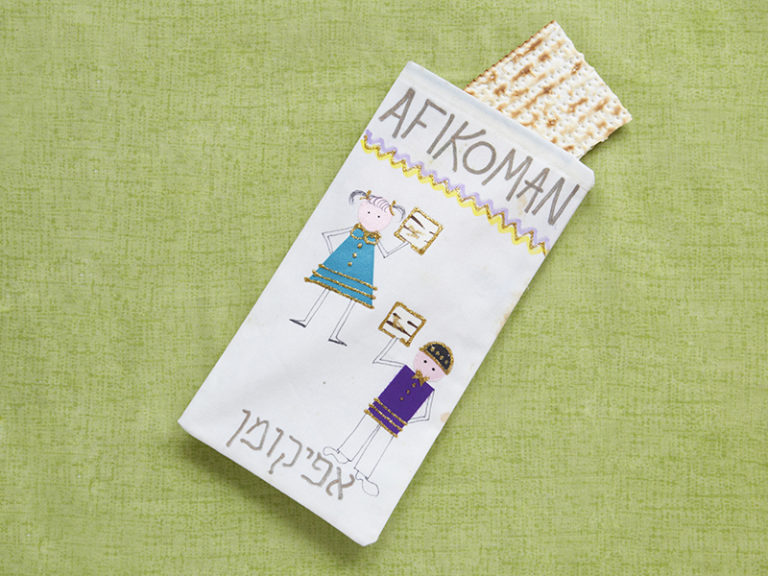 The Afikoman is the Middle piece of matzo. One interpretation suggests the Afikoman may represent the sacrifice of Isaac, since Isaac was the middle generation of the early Israeli patriarchs: Abraham, Isaac, and Jacob. Another suggests that it also represents the Passover lamb.

For centuries during the Passover Seder, one of three pieces of unleavened bread, matzo, is broken in half, wrapped in a napkin, hidden, and later retrieved, and served as the last morsel of food eaten at the end of the ancient Jewish feast. This bit of unleavened bread is called the “Afikoman.”

For Jewish children, the Afikoman holds their attention until the end of the Seder. In some families the children “steal” the matzo and are paid a ransom in order to get it back to the table. In other families it is hidden and the children search for it and are rewarded (Our family does the latter).

Some Jews from Middle Eastern countries considered that the Afikoman had special powers and kept a piece of it as a good luck charm.

In the Exodus story, the Israelites faced a “Moment of Choice.” They were caught between the Red Sea in front of them, and the Chariots of Pharaoh’s army coming to slay them from behind. Exodus 14:9, p. 142 JPS. The Israelites were “by the sea, near Pi-hahiroth (Mouth of Freedom) and before Baal-zephon (the false god of the hidden North).” Zephon and Tsefunah come from the same Hebrew root and means “hidden.”

The Israelites had a stark and complicated choice to make. Did they advance to uncertain future – or return to familiar slavery? Ultimately they chose to follow Moses into the waters of Red Sea. Suddenly, God parted the Red Sea, enabling the Israelites to escape slavery and enter the Wilderness. God made the waters of the Red Sea swallow up the Egyptian army and their chariots after the Israelites were safely across.

When we eat the Afikoman, we are literally and figuratively digesting our past and preserving it inside our hearts. We are no longer prisoners of our past, or of the false god of the hidden north. We are free from constraints on our mind, and able to enjoy the present unencumbered.