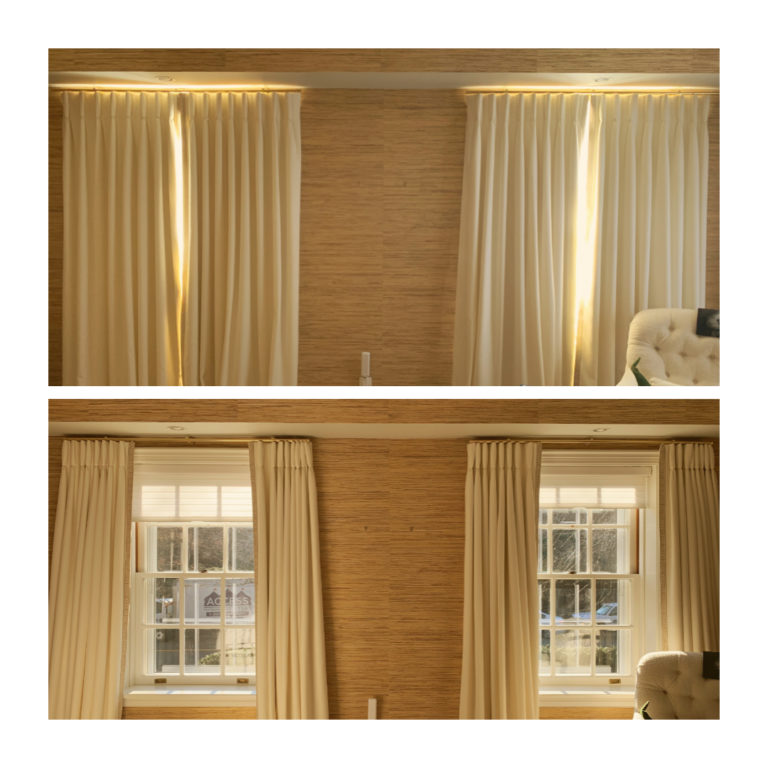 Last year, I was prescribed bedrest for 40 days. As a result of a serious sports injury and subsequent surgery, my doctor told me to lie on my back with my left leg (the leg which had been operated upon) above my heart for 23 hours a day, for forty days. (You can hear me discuss my bed rest in my TedX Talk, How Nothing is What Matters the Most.)

At the time of my surgery, I was also experiencing a state of profound personal and professional turmoil. I was in extreme pain — physically and emotionally. I was truly suffering. I was mostly alone in my bedroom for forty days and forty nights. It was a transformational experience.

At the beginning, I was in intense physical pain from the surgery. Once the nerve block wore off, there was incredible pain. I knew I was not going to die — but I felt I was. I was also very sad about the upheaval in my personal and professional life.

A friend told me there is a blessing in every journey. I was determined to find it. I decided I would do no work. Given the pain medication, my judgment and concentration were certainly compromised — I simply could not function in a business context. I am grateful for such supportive colleagues during this time. Later, I realized I needed this time to reflect. I also decided not to watch any TV or movies. I simply read books about spiritual transformation (see My Bed Rest Reading List), wrote in my journal, and meditated. I also found myself staring at the walls for hours and hours each day. I really wanted to go inside myself.

I kept the drapes and window shades in my bedroom fully drawn and kept the room dark. I did not want any light coming in. I don’t know why… I think I was suffering so intensely that darkness seemed appropriate.

I really had no sense of time. I just laid on my back for 23 hours a day. Luckily my daughter visited me in the morning before school and at night after school. We had really meaningful conversations. I was otherwise alone except for some wonderful nurses who helped me with food, bathing, and medication.

It was dark. I was in intense physical and emotional pain. I was truly suffering.

I looked to the Torah for inspiration. I felt a shared connection with David when he entered the cave in verses (1 Samuel 24, 1-7, JPS). In the passages leading up to this verse, David was running for his life. King Saul assembled his men to find and kill David. Wrestling with his demonic thoughts and life-threatening circumstances, David entered the cave in verses (I Samuel 24, 4-5, JPS).

4And he came to the sheepfolds along the way. There was a cave there, and Saul went in to relieve himself. Now David and his men were sitting in the back of the cave. 5David’s men said to him, “This is the day of which the LORD said to you, ‘I will deliver your enemy into your hands; you can do with him as you please.’” David went and stealthily cut off the corner of Saul’s cloak.

David was alone in the dark and heard “voices” of his “men”. This can be interpreted as his wrestling with his thoughts in the darkened corner of the cave.

Suddenly, in a moment, King Saul entered the very same cave where David was hiding. Instead of following the voices that would lead away from the will of God, David cut off a corner of King Saul’s robe. Even that small action caused David’s heart to be smote and David repented to his men for it. David did not kill King Saul despite his legitimate worries that King Saul was looking to kill him. When they both left the cave, King Saul was overcome with the genuine restraint and purity of motives that David exemplified in his actions. Upon exiting the darkness of the cave, King Saul saw the light shine on David’s righteousness. King Saul rewarded David accordingly.

One day. I decided it was time to open the shades and allow the light in. I don’t remember any particular reason. I just realized I needed to change my attitude. I was no longer going to suffer. I was no longer going to be in pain. It was time to fully embrace my compromised state as temporary — not permanent. My bedroom was now full of light each day. I decided to embrace my circumstances. I had a chair brought in and was so happy when my rabbi and a few other very close friends came to visit. I enjoyed meaningful one-on-one conversations with all of them. It was truly transformative.

I also thought about Exodus and the 8th Plague (Darkness) which afflicted Egypt.

21Then the LORD said to Moses, ‘Hold out your arm toward the sky that there may be darkness upon the land of Egypt, a darkness that can be touched.” 22Moses held out his arm toward the sky and thick darkness descended upon all the land of Egypt for three days. 23People could not see one another, and for three days no one could get up from where he was; but all the Israelites enjoyed light in their dwellings.

For background is it important to understand the meaning of three important words. “Mitzraim” is the Hebrew word for Egypt and literally means “narrow place”. This has both geographic and spiritual meaning. The geographic connotation is that the vast majority of the population of Egypt lived in close proximity to the Nile river. Thus, despite the vastness of the land of Egypt, the Egyptians were basically restricted to narrow strips of land on either side of the Nile. In addition, “narrow place” referred to a narrow mind. Those Hebrew slaves who remained in Egypt had narrow minds. It was the nature of being a slave. Mentally closed off from the blessings surrounding us and serving a false God, Pharaoh with no opportunity to worship the one and living God. The journey of Exodus celebrates our collective journey from slavery in mitzraim to wandering in the wilderness and coming to know God who brings us to a land flowing with milk and honey and to finally achieving freedom God promises us in The Promised Land of Israel.

“Evrit,” in the Hebrew language means to cross over. The Hebrews were those who crossed over the Reed sea (Sea of Reeds) to reach the wilderness. Israel is the name of Jacob and means he who wrestles with God and man and is able. There is an introspection and aspiration in the meaning of Israel. Thus, during the 9th plague, while those with narrow minds in the narrow place were afflicted with darkness. Those who struggled with introspection and aspiration to experience God’s freedom achieved the blessed Promised Land of Israel. The blessing of living in the light — true goodness. Israelites are always blessed with light.

During my initial days of bed rest, I wallowed in my pain and suffering. I had a very narrow perspective. I stayed in the darkness.

Then one day, I decided. I just did. It was time to open the shades. To allow light in. To allow light into my soul. My thoughts expanded. My anxiety diminished. While my physical circumstances, compromised as they were, remained the same, my mental outlook transformed completely.

We really don’t need a source of light to allow for light. The light of Day 1 occurred before the sun, moon, and stars of Day 4. Darkness comes first. God showed us that you can divide light from the darkness. God did not take away the darkness.

1When God began to create heaven and earth — 2the earth being unformed and void, with darkness over the surface of the deep and a wind from God sweeping over the water — 3God said, “Let there be light”; and there was light. 4God saw that the light was good, and God separated the light from the darkness. 5God called the light Day, and the darkness He called Night. And there was evening and there was morning, a first day.