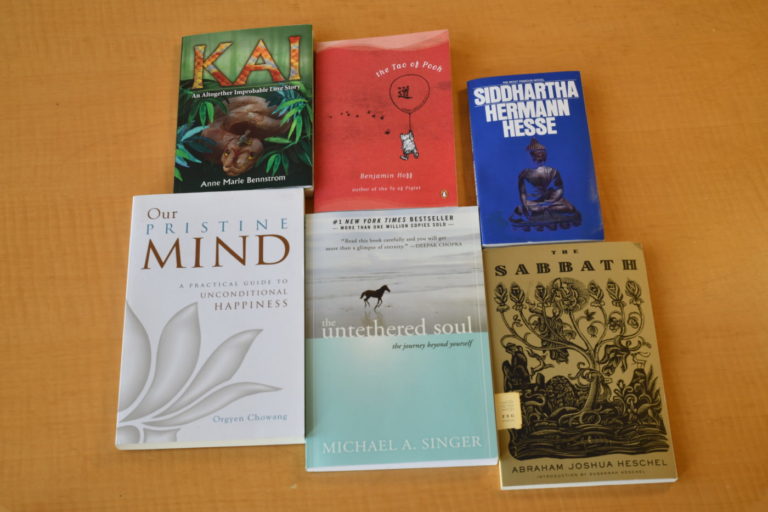 Have you ever had extended time to recover from an injury or illness? Did you have any favorite books you read?

When I had my 40-day bed rest in 2017, I decided I was not going to watch any TV or movies, and just read, write, and meditate. I posted the enclosed message on my Facebook page and simply asked my friends if they had any book suggestions. I did not explain anything about the personal and professional turmoil I was going through. It just so happened that all of the books my friends recommended helped me with my inner search and desire for personal growth. It was a unique experience to fully surrender my mental stimulation into the book recommendations of others. It truly was a gift and a blessing. I am so grateful to my friends for each suggestion. 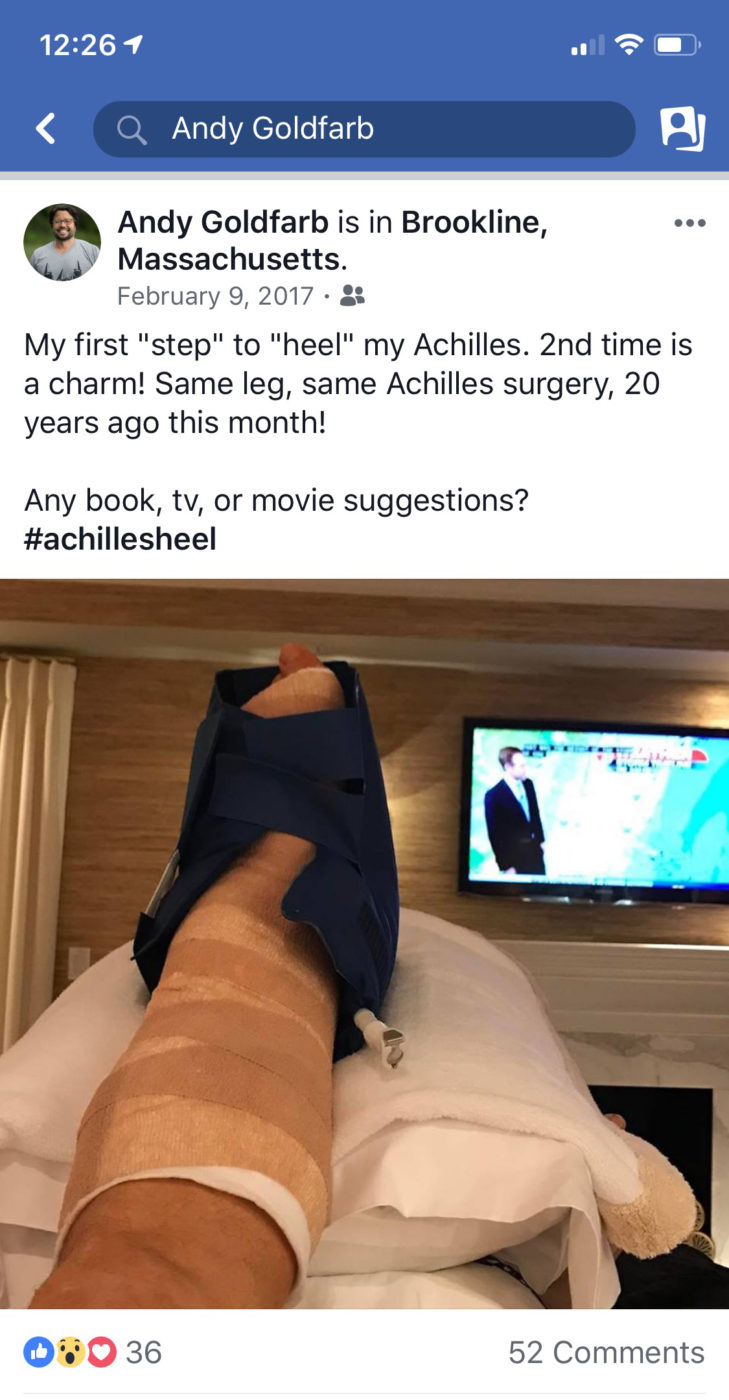 My goal is to highlight certain elements of each book not create a synopsis, but rather a brief glimpse and taste of each book so you can decide whether to read them.

Reading all of these books in a 40-day period truly transformed my outlook on life and has given me invaluable insight into the search for unconditional happiness. I  hope you can also learn and explore your personal journey.

Lessons from Siddhartha by Hermann Hesse – first published in 1951

The River Metaphor: “When Siddhartha listened attentively to this river, to this song of a thousand voices; when he did not listen to the sorrow or laughter, when he did not bind his soul to any one particular voice and absorb it in his Self, but heard them all, the whole, the unity; then the great song of a thousand voices consisted of one word: Om – perfection.” (p. 138)

Lessons from Kai by Anne Marie Bennstrom – first published in 2013

“Creation is constantly adapting and refining itself. Everything that has a beginning also has an end, and every end is also a new beginning, and between these two polarities, life unfolds its destiny.” (p. 12)

“Life is a journey of discovery, of making known what we do not yet know, and of using all our inner tools of knowingness to guide us along our path until we arrive at the place where everything finally makes sense, and from that place we can see our journey in a greater light of understanding, and that understanding will be the launch pad for another journey of discovery…”

Knowledge and Experience do not necessarily speak the same language

“How did Rabbit describe the situation with Owl? Oh, here it is:

You can’t help respecting anybody who can spell TUESDAY, even if he doesn’t spell it right; but spelling isn’t everything. There are days when spelling Tuesday simply doesn’t count.”

“The Bisy Backson is almost desperately active. If you ask him what his Life Interests are, he will give you a list of Physical Activities, such as: “Skydiving, tennis, jogging, racquet-ball, skiing, swimming, and water-skiing” …Therefore he confuses exercise with work. He works when he works, works when he exercises, and more often than not, works when he plays, work, work, work. All work and no play makes Backson a dull boy. Keep up for long enough, it makes him dead, too!

“There was a man who disliked seeing his footprints and his shadow. He decided to escape from them, and began to run. But as he ran along, more footprints appeared, while his shadow easily kept up with him. Thinking he was going too slowly, he ran faster and faster without stopping, until he finally collapsed from exhaustion and died.

If he had stood still, there would have been no footprints. If he had rested in the shade, his shadow would have disappeared.”

“The honey doesn’t taste so good once it is being eaten; the goal doesn’t mean so much once it is reached…if we add up all the rewards in our lives, we don’t have very much. But if we add up the space between the rewards, we’ll come up with quite a bit. And if we add up the rewards and the space, then we’ll have everything – every minute of the time that we spent. What if we could enjoy it? Enjoyment of the process is the secret that erases the myths of the Great Reward and Saving Time.”

Going Nowhere and Doing Nothing:

“Where are we going?” said Pooh, hurrying after Christopher Robin.

So they began going there, and after they had walked a little way Christopher Robin said:

“How do you do Nothing?” Asked Pooh, after he had wondered for a long time.

“Well, it’s when people call out at you just as you’re going off to do it, what are you going to do, Christopher Robin, and you say “Oh, nothing, and then you go and do it.”

“This is a nothing sort of thing that we’re doing now.”

“It means just going along, listening to all the things you can’t hear, and not bothering.”

Judaism is a religion of time aiming at the sanctification of time – “and God blessed the seventh day and made it holy.” The meaning of the Sabbath is to celebrate time rather than space. Six days a week we live under the tyranny of things of space; on the Sabbath we try to become attuned to holiness in time. It is a day on which we are called upon to share in what is eternal in time, to turn from the results of creation to the mystery of creation; from the world of creation to the creation of the world” (p. 10)

“Shabbat is like a palace in time with a kingdom for all. It is not a date but an atmosphere…How precious is Succot! Dwelling in the succah, even our body is surrounded by the sanctity of the Mitzvah,” said once a rabbi to his friend. Whereupon the latter remarked: “The Sabbath Day is even more than that. On Succot, you may leave the Succah for a while, whereas the Sabbath surrounds you wherever you go.” (p. 21) The Sabbath itself is a sanctuary which we build, a sanctuary in time.”

Lessons from The Rise by Sarah Lewis – first published in 2014

Being Beaten doesn’t mean you are defeated

“We tell the story of Muhammed Ali’s eighth-round win against George Foreman that night in Kinshasa, Zaire, even though we know how it ends, for while it happened, no one could see it. Ali upset most of the 60,000 person crowd who favored him as he spent the first seven rounds, 180 seconds long each, leaning against the ropes while enduring brutal frontal attacks from Foreman, known to have bored a hole in his practice punching bag. No amount of screaming from his trainers could get Ali off the ropes, never mind the shouting of those sitting near the ring, from George Plimpton to Norman Mailer — counting how many righthand leads Ali took, and remembering how Ali, being pummeled still managed to whisper to Foreman in the seventh round “Is that all you got George?” yet no one but the fighters in the ring could sense it—there is a difference being beaten and strengthened, for as it appends, it is hard to perceive” (p. 11)

“From the wisdom in 17th century poet and Samurai Mizata Masahide’s haiku:
‘My barn having burned down, I can now see the moon”

Lessons from Radical Acceptance by Tara Brach – first published in 2003

Many people have told me that when they finally are able to see how long their life has been imprisoned by self-hatred and shame, they feel not only grief but also a sense of life-giving hope. Like waking up from a bad dream, when we can see our prison, we also see our potential.

When we learn to cultivate Radical Acceptance, we begin to rediscover the garden (of Eden) – a forgotten but cherished sense of wholeness, wakefulness and love.”

Clearly recognizing what is happening inside us, and regarding what we see with an open, kind and loving heart, is what I call “Radical Acceptance.”

The image of the Buddha seated under the bodhi tree is one of the great mythic symbols depicting the power of the pause.

Until we stop our mental busyness, stop our endless activities, we have no way of knowing our actual experience.

When we are not consumed by blaming and turning on ourselves or others, we are free to cultivate our talents and gifts together, to contribute them to the world in service. We are free to love each other, and the whole of life, without holding back. (p. 271)

“What you’ll find is that the only thing you really want from life is to feel enthusiasm, joy, and love. If you can feel that all the time, then who cares what happens outside?” (p.46)

“In the yogic tradition, that unfinished energy pattern is called a Samskara. This is a Sanskrit word meaning “impression,” and in the yogic teachings it is considered one of the most important influences affecting your life. A Samskara is a blockage, an impression from the past. It’s an unfinished energy pattern that ends up running your life” (p.53)

“A wise person remains centered enough to let go every time the energy shifts into a defensive mode” (p. 65)

“The spiritual journey is one of constant transformation. In order to grow, you must give up the struggle to remain the same, and learn to embrace change at all times. One of the most important areas requiring change is how we solve our personal problems. We normally attempt to solve our inner disturbances by protecting ourselves. Real transformation begins when you embrace your problems as agents for growth.” (p. 81)

“Spirituality begins when you decide that you’ll never stop trying. Spirituality is the commitment to go beyond, no matter what it takes. It’s an infinite journey based upon going beyond yourself every minute of every day for the rest of your life.”

“It is most important that our mind be relaxed and calm, fresh and open. Then we appreciate and enjoy everything, and we feel gratitude.” (p. 39)

Orgyen explains how reaching an enlightened state through meditation is like the journey of an airplane. There is a lot of effort at the takeoff, then a little turbulence of the ascent, then you finally reach cruising altitude when everything seems still, calm, and quiet. (p. 44)

Orgyen explains the concept of short-term mental events becoming illusions. While our permanent happiness is independent of our short-term events, nevertheless, we often get so caught up in reacting to the short-term events. (p. 69)

“It is like a mirage in the desert. Circumstances of heat, light, distance and the way we perceive things create a vision of a distant oasis with water and green trees, but when we reach it, the oasis is not there because our viewpoint, our perception has changed. It was an illusion.”

Orgyen explains that meditation is “just like a bird that leaves no trace in its flight through the sky, abide in your natural mind in the same way.” (p. 133). This reminds me of one of my favorite Japanese expressions. “Tobu Tori ato nigosazu” a flying bird leaves no trace.

“The joy of meditation is realization that is free from mental events, distractions, and dullness of mind.

The joy of compassion is impartiality free from bias or prejudice.

The joy of experience is one’s own Pristine Mind, free from distortions.

The joy of generosity is freedom from the grasp of attachment and expectation.

The joy of wealth is to realize that all possessions are illusions.

If you know your own true nature, there’s no restlessness.

This is effortless joy.”