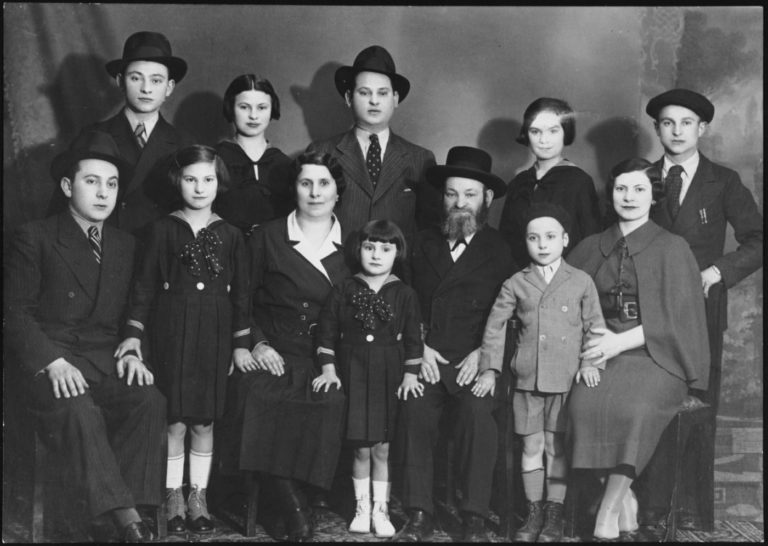 Did you know that the first records of Jewish settlements in Hungarian territory can be traced to the Roman province Pannonia more than 2,000 years ago?

There are written records indicating the presence of Jews during the Middle Ages in the Kingdom of Hungary. And it was during this time in the 11th century that more Jewish immigrants from Germany, Bohemia and Moravia began settling in the region. As the Jewish population increased in the area, anti-Semitic rules began emerging. For example, in 1092, the Church made marriage between Jews and Christians illegal and forbid Jews from working on Sundays and Christian holidays. However, despite this rise in anti-Semitism, the Hungarian Jews were thriving with several holding leadership positions in various economic institutions.

Legal rights were granted to Jews in 1251, but even with legal protection, the Church created a hostile environment for Jewish residents. Nobles introduced the “Golden Bull” article in 1222 prohibiting Jews from attaining powerful positions in certain offices or receiving any noble titles. The hostilities further increased after the Black Death, also known as the Great Plague, one of the largest pandemics in history. Rumors permeated Europe that the Great Plague was a consequence of Jews poisoning Christendom. As a result, Jews were expelled from Hungary. It wasn’t until 1364 they were allowed to return.

During the 15th century, Jewish communities formed in Buda, Esztergom, Sopron Tata and Obuda. Although Jews were not permitted to live in major Hungarian cities, this did not stem the number of Jews immigrating. By 1769, the Hungarian Jewish population grew to approximately 20,000. The Edict of Toleration, proposed in 1782 by Holy Emperor Joseph II, granted religious freedom to Jews and people of other minority religions. As a result the Jewish population in Hungary exploded, reaching 81,000 by 1787.

In the early 1800s, under the leadership of Moses Sofer, Pressburg became the spiritual center for Orthodox Jews. Sofer established the Pressburg Yeshiva which soon grew into the largest Yeshiva in central Europe. It was attended by hundreds of students. In 1840, a law passed enabling Jews to settle in any free city. Following the Austro-Hungarian Compromise of 1867, there was an effort to unify Hungarian Jews. These efforts failed and the Hungarian Jews split into three factions: Orthodox, Neolog (Reform) and Status Quo Ante Jews. Status Quo Ante Jewish communities did not associate themselves with either Orthodox or Neolog Jews. It was during this time that Reform Judaism in Hungary also emerged. In 1895, the Jewish religion was officially recognized in Hungary. By 1910, the Jewish population in Hungary reached 910,000 with Jewish merchants comprising 60% of all merchants in the region by the advent of WWI.

World War II brought the first massacre of Hungarian Jews. In 1941, more than 20,000 were expelled from the Falacia region and killed. Another massacre followed in 1942 with 1,000 Jews dying. In addition, 50,000 Jews lost their lives on the battlefield against the Soviets.

Later, Hungarian Prime Minister Miklos Kallay proposed the “final solution of the Jewish Question” which pushed for the resettlement of 800,000 Jews. During the German occupation of Hungary, 63,000 Hungarian Jews were killed and many were sent to ghettos or concentration camps per Adolf Eichmann’s order in 1944. The Haganah, a Jewish paramilitary organization in the British mandate of Palestine, made efforts to save Hungarian Jews during this time. The famous paratroopers Hannah Senesh and Perez Goldstein were sent out on several rescue missions. Swiss diplomat Charles Lutz and secretary of Swedish Legation in Budapest Raoul Wallenberg were also involved in saving Hungarian Jews during the war. Zionists also sponsored relief efforts for Hungarian Jews. By the end of WWII in Budapest’s central ghetto, only 69,000 Jews remained. Following the war, only 260,000 Jews remained in all of Hungary.

After the war, 250 Jewish communities were re-established in Hungary with most choosing to live in the capital, Budapest. Although anti-Jewish laws were eliminated by the government, much of the lost or confiscated property was never returned to the Hungarian Jews. In 1948, the Jewish community was officially recognized by the Hungarian government and along with the freedom of religious practice came financial support. Diplomatic relations were established between Hungary and Israel the same year. The American Jewish Joint Distribution Committee made generous donations to help rebuild the Jewish communities, funding education, food and welfare programs.

In 1949, Communism arrived in Hungary and Jewish institutions were quickly closed. Jewish activists were arrested and Zionism and immigration were forbidden. Following the 1956 Hungarian Revolution, approximately 20,000 Jews left Hungary.

Today, the Alliance of the Hungarian Jewish Communities is the leading Jewish organization in the country. There are a number of schools and synagogues, including a Jewish high school, the Anne Frank Gymnasium, in Budapest. The Great Synagogue, built in Szeged in 1903, stands as an official architectural monument. The 19th Century Hodany Synagogue in Budapest is the largest synagogue in Europe and second largest in the world. The Mad Synagogue, originally built in Hungary in 1795, was restored by Peter Wirth in 2004 after being destroyed during the Holocaust. It stands as a memorial to this day. In Budapest, the Balint Haz Community Center was established in 1995 and is the center of many cultural and educational activities in the Jewish community. The current population of Jews in Hungary is approximately 47,900.

Quick Fact: Some of the first Jewish settlers came to Hungary from the German and the Slavic countries in the second half of the 12th century. In 1279, they were restricted to living in one specific area and were required to wear an identifying red badge.