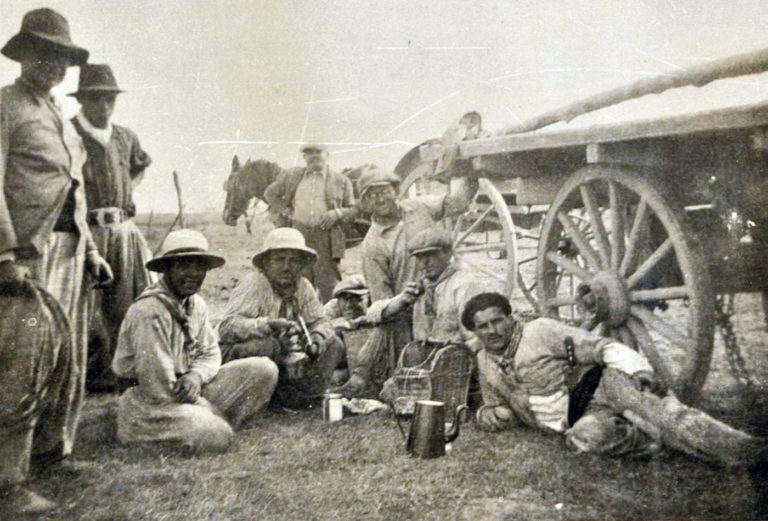 Did you know that the immigration of Jews to Argentina began as early as 1492 – the same year Christopher Columbus sailed across the Atlantic Ocean?

With Spain’s expulsion of Jews under the Alhambra Decree or Edict of Expulsion, Conversos or Marranos (baptized Jews practicing their religion in secret in Spain and Portugal), immigrated to Argentina. Fast forward a few centuries to mid-1800s and there were very few Jews in Argentina. This was mainly because the Jews had assimilated to the culture through intermarriages with Catholics. An established Jewish community only began emerging after Argentina gained its independence from Spain in 1810.

After gaining its independence, the first president of Argentina, Bernardino Rivadavia, supported policies emphasizing freedom of immigration while also focusing on human rights and abolishing the Inquisition. During the mid 1800s, Rivadavia’s open door policy led to a wave of Jews from Western Europe. This led to new cultural developments such as the first recorded Jewish wedding in Buenos Aires (1860) as well as the first minyan in 1882 at the “Congregacion Israelita de la República”. Another wave soon followed as pogroms and poverty increased throughout Eastern Europe and Jews fled to Argentina in hopes of a better life. Jewish immigrants from Eastern Europe were known as “Rusos” (Russians). With many Russian Jews arriving in 1889, they began labelling themselves “guachos”, or Argentine cowboys, establishing a colony named Moises Ville. Baron Maurice de Hirsch helped fund this new community while also founding the Jewish Colonization Association in 1891.

Between 1906 and 1912, approximately 13,000 Jewish immigrants were coming to Argentina per year. The majority were Ashkenazi coming from Europe, but some were Sephardic from Morocco and the Ottoman Empire as well. By 1920, more than 150,000 Jews lived in Argentina.

Anti-Semitism began to rise in the 1900s. In 1919, an anti-Jewish pogrom took place in Buenos Aires. Many Jews had their property burned and looted while being beaten. With Juan Peron’s rise to power in 1946, immigration of Jews to Argentina abruptly ended. Peron had public schools force Catholic teachings and allowed fleeing Nazis to come to Argentina. That included Adolf Eichmann, a high-ranking Nazi officer who oversaw many death camps. Although Peron’s policies hurt the Jews, he also established diplomatic relations with Israel in 1949. This allowed more than 45,000 Jews to immigrate to Israel from Argentina.

The highest population of Jews in Argentina was recorded in the early 1960s at 310,000. In 1976 the Argentine coup d’état, a right-wing coup, overthrew President Perón and a military junta was put in place. Nazi ideas permeated this military regime and many Jews were arrested, tortured and/or vanished into the 1980s. Argentina’s defeat in the Falklands War in 1982, hastened the demise of the military junta and paved the way toward a democracy. In 1988, laws against racism and anti-Semitism were established setting the stage for a freer way of life for the Jews. Unfortunately, due to the struggling economy in Argentina, emigration from the country peaked with over 10,000 Jews leaving the country – 6,000 of whom went to Israel.

Fun Fact: The first Jewish wedding was recorded in Buenos Aires in 1860. In 1882, Argentina got its first Rabbi.