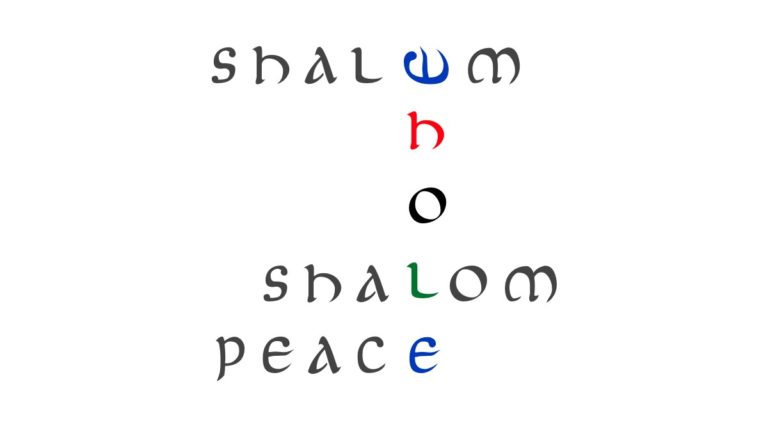 On September 15, 2020, a historic peace agreement, the Abraham Accord, was signed by four countries: Bahrain, the United Arab Emirates (UAE), Israel and the United States. This peace agreement is truly historic and remarkable for many reasons.

It marks the 3rd and 4th Arab countries to reach peace with Israel and is the first new peace agreement in over 20 years. The first two peace agreements between Arab countries and Israel were in 1979 (Egypt) and 1994 (Jordan). While there have been many efforts for many years, this represents a breakthrough of new ideas and approaches. I believe that this agreement represents the first peace agreement in history between countries that had no prior conflict. The leaders of Bahrain, UAE, Israel and the US helped our countries move past the mystery of history to focus on the promise of prosperity – for our current and future generations.

We should all be very happy with this peace accord. The UAE, Bahrain and Israel are more connected than ever before. Airplanes and phone calls are flying freely between them for the first time. It is truly a dayenu moment. Nevertheless, we should not be fully satisfied. There are other parties that have not yet signed on for peace. We should be determined to invite, encourage and involve all parties in the region to join together to achieve peace and promote prosperity. Peace and love are not finite resources – they have infinite capacity. The more people you love, the more love you have to give; love simply expands. The more peace partners you have, the more peace you can create; peace simply expands.

This peace agreement is just the beginning of the new chapter of the Middle East.

I would like to explore the Torah to understand how this peace was achieved.

The book of Genesis explores conflict between brothers and concludes with such conflict resolved by the bonds of brotherly love.

Genesis begins with two brothers by the same parents who hate each other, Cain and Abel. Cain kills Abel in a fit of jealousy. When he is asked about Abel’s whereabouts, he callously replies “Am I my brother’s keeper?” This sense of contempt pervades the sibling rivalries in Genesis.

Later in Genesis, Abraham’s children are born. Due to Sarah’s inability to conceive a child, Abraham fathers a son, Ishmael, with his slave Hagar. God promises Hagar that Ishmael will father a great nation. Later, Sarah conceives, and Isaac is born. God also promises that Isaac will father a great nation. Isaac and Ishmael are brothers by different mothers. However, they are separated when they are young and do not develop a brotherly bond.

Jacob had 12 sons by four different mothers. Early on, the brothers did not get along. Joseph was clearly Jacob’s favorite. When he was given the gift of the technicolor coat, it solidified the hatred and rage his brothers felt towards him. In Genesis 37, Jacob asks Joseph to look for his brothers and see after their Shalom as well as the Shalom of their flocks.

This is the first time in Genesis that a brother is looking for the shalom of his brothers. In addition, Jacob also asks Joseph to look after the Shalom of his brothers’ flocks. It is more than just brothers; it is also the well-being of the entire community that Jacob cares about.

When Joseph encounters a stranger who asks what is he looking for, Joseph replies “I am seeking my brothers and where they are grazing their flocks.”

Genesis concludes when Joseph and his brothers resolve their differences and embrace brotherly love.

I want to explore the words “hole” and “whole” in the context of “Shalom” and “Shalem.” When you add a “w” to “hole” it becomes whole. The “w” represents “We” which is community. Thus adding “We” creates wholeness and enables a community to create peace. Our four countries are like brothers by different mothers, with care and considerations for our collective flocks, we can pursue and achieve peace.

I hope that we can all invite and encourage the collective “we” to join together in seeking both shalom and shalem, the peace and wholeness of our brothers and flocks to make this an even better world.

Cain and Abel: Brothers “Am I my brother’s keeper?”

“And Adam knew Eve his wife; and Eve conceived and bore Cain, and said: ‘I have gotten a man with the help of the LORD.’ And again she bore his brother Abel. And Abel was a keeper of sheep, but Cain was a tiller of the ground.”

“And Cain spoke unto Abel his brother. And it came to pass, when they were in the field, that Cain rose up against Abel his brother, and slew him. And the LORD said unto Cain: ‘Where is Abel thy brother?’ And he said: ‘I know not; am I my brother’s keeper?’”

Isaac and Ishmael: Brothers by a different mother

“And the LORD remembered Sarah as He had said, and the LORD did unto Sarah as He had spoken. And Sarah conceived, and bore Abraham a son in his old age, at the set time of which God had spoken to him. And Abraham called the name of his son that was born unto him, whom Sarah bore to him, Isaac.”

“And God said: ‘Nay, but Sarah thy wife shall bear thee a son; and thou shalt call his name Isaac; and I will establish My covenant with him for an everlasting covenant for his seed after him.’”

Genesis 17:20
“And as for Ishmael, I have heard thee; behold I have blessed him, and will make him fruitful, and will multiply him exceedingly; twelve princes shall he beget, and I will make him a great nation.”

Joseph: Brothers by different mothers… and their flock

“And Israel said unto Joseph: ‘Do not thy brethren feed the flock in Shechem? Come, and I will send thee unto them.’ And he said to him: ‘Here am I.’ And he said to him: ‘Go now, see whether it is Shalom with thy brethren, and Shalom with the flock; and bring me back word.’ So he sent him out of the vale of Hebron, and he came to Shechem. And a certain man found him, and, behold, he was wandering in the field. And the man asked him, saying: ‘What seekest thou?’ And he said: ‘I seek my brethren. Tell me, I pray thee, where they are feeding the flock.’ And the man said: ‘They are departed hence; for I heard them say: Let us go to Dothan.’ And Joseph went after his brethren, and found them in Dothan.”