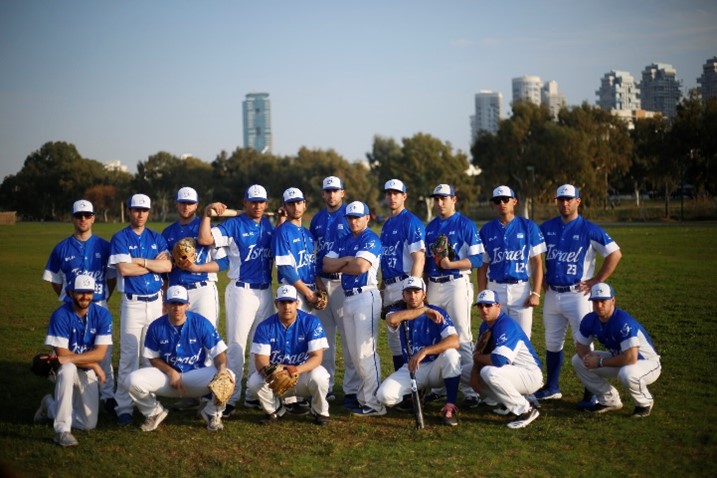 Did you know that Israel is one of only six countries in the entire world that has earned the chance to compete in the 2020 Olympic Baseball event?

Israel’s journey to becoming an Olympic baseball contender hasn’t been an easy one. Israel didn’t always have a robust baseball scene. In less than 10 years Israel went from having mostly casual leagues to sporting a team capable of beating the best countries around the world. Now in the summer of 2021 Israel’s baseball team has the opportunity to claim an Olympic gold medal and the glory that comes with it.

Baseball first came to Israel in the 1970s, brought by American Jews who took the beloved game with them when they immigrated to Israel. In 1986 a group of these expats formed the Israel Association of Baseball (IAB), a nonprofit group aimed at developing and promoting baseball in Israel. They are still very active today where they teach baseball and run leagues for children and adults.  One of their most important projects is the Baseball Le’Kulam program, where Jewish Israeli and Arab Israeli 6th graders meet three times a year to learn to play baseball together while getting the chance to learn from and better understand each other.

The IAB also oversees the formation and promotion of national baseball teams for Israel that compete in international tournaments. It is a member of a variety of prestigious baseball organizations including Major League Baseball International, Little League The Israel Olympic Committee, The Confederation of European ‎Baseball, and World Baseball Softball Confederation.

Unfortunately, while there is a dedicated community of baseball enthusiast in the country, it is far less popular than sports like soccer or basketball. Only about 1,000 Israeli children play baseball and there is only one regulation field in the whole country. The IAB is hoping that the excitement of the Israeli baseball team participating in the Olympics will generate interest in the sport and boosts its presence and popularity.

In 2007, a semi-professional league called the Israel Baseball League was launched. It was mostly comprised of foreign players and the majority of its financial support came from Americans. The league never took off and shut down after just one year.

In 2013, Israel was able to put together a team to compete in the 2013 World Baseball Classic. In the World Baseball Classic foreigners are allowed to participate and the team was helmed by American all-star player Shawn Green. During the qualifying round for the tournament Israel won their first 2 games but lost their third game to Spain and were eliminated from the tournament.

In 2014, the IAB created the Israel Baseball Academy, an elite program for players ages 14 to 21 intended to cultivate professional baseball talent. The program has been recognized by Major League Baseball.

In 2017, Israel competed in the World Baseball Classic once again. This time they won all of their qualifying matches. Going into the tournament they were ranked 41st in the world. In the first round Israel beat the Netherlands(ranked #9), China (ranked #4), and Korea (ranked #3). They were able to advance to the next round where they beat Cuba (ranked #4), sadly they lost to Japan (ranked #1) and in a rematch with the Netherlands. Despite their defeat, their unexpectedly strong perform was hailed as an impressive feat for an underdog.

In 2019, Israel sent a team to the European Baseball Championship. They won four of their five matches in round one and moved on to the 8-team playoff. Israel defeated France in the quarter finals, but loss to Italy in the next round. They placed 4th overall in the tournament.

By placing in the top five for the 2019 European Baseball Championship, Israel was able to participate in the 2020 Olympic Qualifiers Africa/Europe Qualifying Event. This was a tournament between six teams, the winner of which would get to compete in the 2020 Olympics. Israel won, earning a spot as one of the six baseball teams that would vie for an Olympic gold medal.

This historic achievement will be the first time that Israel has had a team ball sport representing them in the Olympics since the 1976 games in Montreal where they sent a football (soccer) team. Thanks to the size of the Israeli baseball team, the Israeli delegation to the Tokyo Olympics will be the largest in the country’s history.

There was a hurdle to overcome before going to the Olympics. In order to compete in the Olympics, players are required to be citizens of the country they are representing. If the many foreign players on Israel’s professional team were to play, they would need to become citizens. The IAB arranged for the players to make Aliyah, becoming citizens of Israel. The players who gained Israeli citizenship included MLB stars like Jon Moscot, Ty Kelly, and Josh Zeid . The players were assisted in the Aliyah process and given a tour of Israel where they visited the Western Wall, Yad Vashem, and other important sites.

With their place in the Olympics secured and their team ready, Israel was set to dominate in the 2020 Olympics. Unfortunately, due to the global pandemic the 2020 Olympics had to be postponed. The Olympics were moved back to summer 2021 where they will still be held in Tokyo.

The Israeli team’s dreams of glory may have been delayed, but they have in no way been deferred. The world waits with bated breath to see Israel take home the gold medal for baseball.

You can learn more about the Israel Association of Baseball here.

You can read more about the members of the Israeli Olympic Baseball team connecting with their Jewish roots here.

Dean Junior Kremer was the first Israeli baseball player to be drafted by an MLB team in 2015. After a stint in the minor leagues, he made his debut as a pitcher for the Baltimore Orioles in 2020.

MLB player Cody Decker was a member of the Israeli team for the 2013 and 2017 World Baseball Classic. He brought a Mensch on the Bench with him and it was such a hit that it became the team’s unofficial mascot. You can read more about it here.

Here is the roster of players who will be playing on Israel’s team during the Tokyo Olympics: