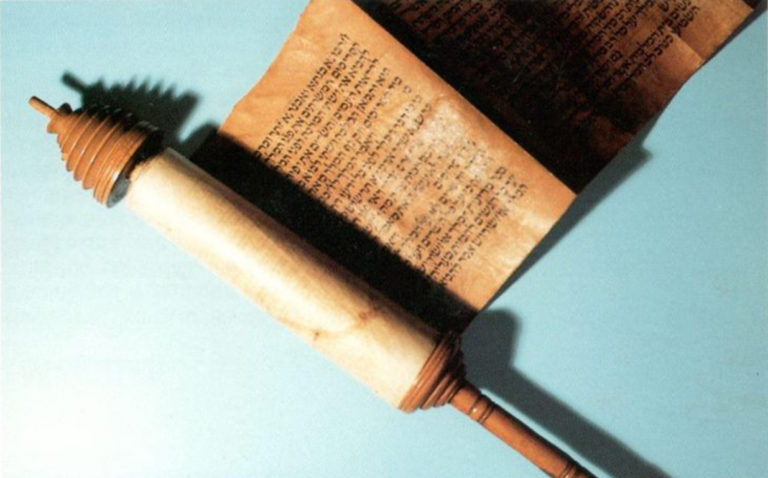 Here is my mom’s (of blessed memory) explanation about the Megillah from her book Judaica. Please also see the gallery below for various images of Megillahs from her book, Judaica.

“The Megillah, the story of Esther, unlike the Torah is wound around one scroll, and is read only during the holiday of Purim. And like the Torah, the Megillah is written entirely by hand with a reed or a goose quill.

Ever since the Middle Ages Jewish sages have ornamented the Megillah with beautiful illustrations and ornate calligraphy. Special Megillah cases were carved out of wood, silver and gold. One of the earliest known Megillahs was dated 1637.

The Megillah is read twice during the Purim service. But because the Talmud says that Purim was a miracle where God worked mysteriously, His name does not appear at all in the Megillah text. And because of His mysterious presence, Jews dress up in costumes and assume Purim masquerades.” 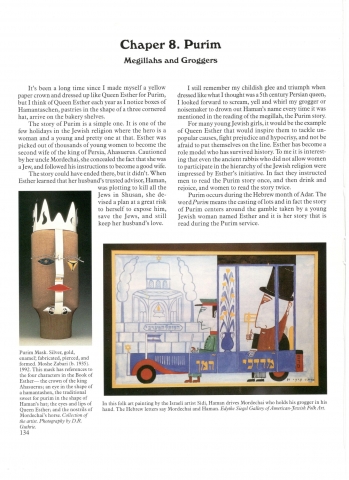 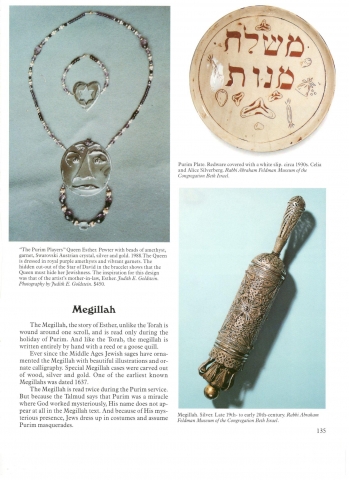 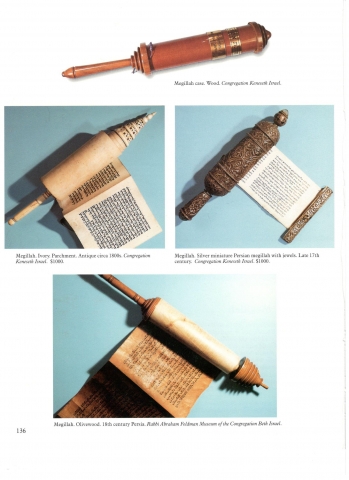 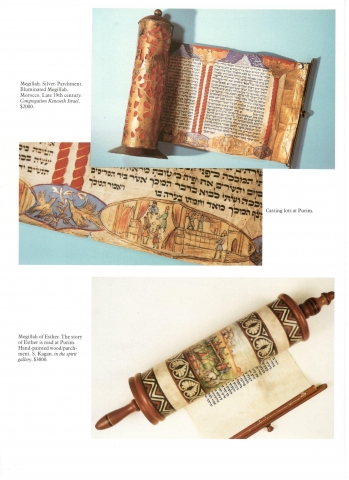 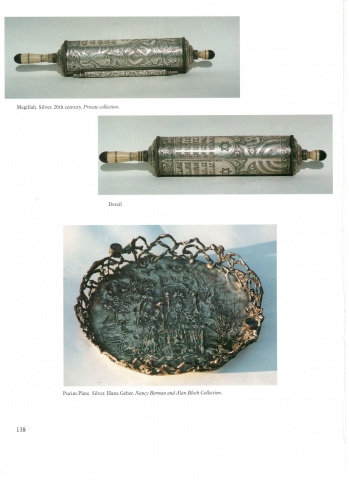