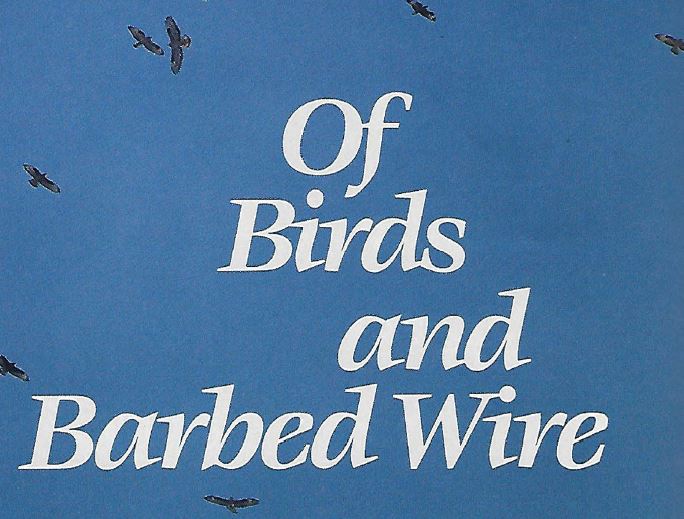 This article was written by Andy’s mother, Myra Yellin Outwater (of blessed memory) and published in Moment Magazine in April 1988

Walking along the barbed-wire fences that line the fields separating Eilat and Aqaba, war and death seemed dreams away. A black-masked shrike, looking like the Lone Ranger, perched on the branch of a leafless desert tree. Swallows flew by on their way to Leningrad. Black and white vultures en route from Jordan paused to catch a few Israeli thermals on their way to Egypt. A squacco heron streaked by on his way to Saudi Arabia, his white wings vivid against the clear, cool blue sky.

Last spring, along with more than 350 bird lovers and scientists representing 33 countries, I went to Eilat to attend the third World Conference on Birds of Prey.

Israel, the only land bridge between the Mediterranean Sea and the desert, hosts more than 450 different species of Eurasian birds each spring, as thousands of birds fly over what has become one of the largest migratory routes between Europe and Asia.

Within the last 15 years, the bountiful bird migrations in Israel and particularly in Eilat, the southernmost Israeli city, have been discovered both by Israelis and by birders from all over the world. Last year professional ornithologists working with the Society for the Protection of Nature in Israel (SPNI) documented over 1,193,751 raptors and other large birds of prey migrating over Eilat. The SPNI has encouraged birding groups from all over the world to come to Israel.

For the conference delegates, the main attraction wasn’t the indoor meetings at the luxurious King Solomon Hotel, but indoors — in the skies, along the beaches and in the trees and bushes. While the lectures began at nine in the morning, most of the delegates were up hours before, armed with binoculars and portable telescopes, eager to catch a glimpse of the early bird arrivals. 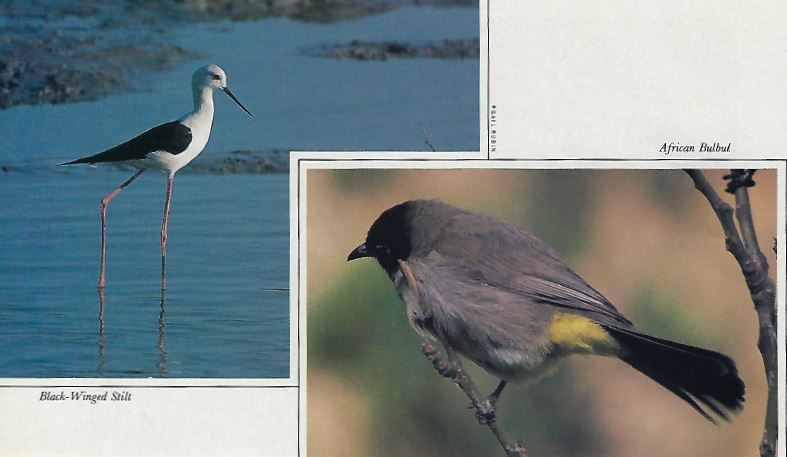 Eilat is a scenic wonder. Within minutes of starting out on the first day, I saw a pair of tall, graceful reef herons standing a few feet away from the beach; one was black and one was white. They fed in the shallow waters, their long, slender legs and yellow slippers submerged, oblivious to the fact that just a few feet away were armed soldiers manning the Jordanian-Israeli borders.

I walked along beaches, by river beds, along the manmade salt ponds and into a vast date-palm forest. By the end of the day’s excursion, I had spotted more than 60 species of birds. The conference sessions dealt with scientific and legislative issues regarding the breeding, migration and protection of birds of prey; delegates discussed the effects of pollution on birds’ breeding habits and heard reports of attempts by ornithologists to re-establish endangered species in new breeding grounds. There was much discussion of strategies for educating the public about the dangers of human practices that destroy the ecological balance.

The delegates were concerned with the effects of environmental changes on raptors, birds of prey including species such as hawks, ospreys and owls. Raptors are large, heavy birds that fly by soaring and gliding. Unlike songbirds, which fly by beating their wings and thus keep warm at the same time, raptors require warm climates. They begin their journey northward in spring on a route that passes over Israel, because of the warm currents of air that develop over the land there. The visit of the raptors is such a special event that the SPNI has organized a group, the Israel Raptor Information Center (IRIC), that studies and tracks these birds.

One conference session began in an ordinary fashion. But as the second speaker took his place at the podium and began his talk on the question of legislation for the protection of birds in Africa, one of the delegates raced into the auditorium and called out, “The sky is filled with raptors, thousands of them!”

It was pandemonium as the auditorium emptied within seconds. Men and women jumped to their feet. While the lucky ones grabbed for their binoculars, the other delegates were calling out in French, German, Italian and English for extra binoculars.

Fifteen minutes later, everyone returned, and the meeting settled down to normal as the speaker remarked, “This is the first time everyone has left before I began my talk.”

For years migratory birds have been a problem for the Israeli air force, which lost several planes in airborne collisions with these birds. To tackle this problem, Yossi Leshem of the IRIC has been making flights in a motorized glider for the past few years, studying the flight patterns of the birds in a project financed by the Israeli air force.

In a paper given at the conference, Leshem reported that the air force has been using his data regarding flight patterns and routes and has ceased flying at certain times on certain routes. No planes have been destroyed or seriously damaged by collisions with birds for the past three years.

At times the conference became political, a microcosm of worldwide conflicts between the haves and have-nots. Since Israel has the most comprehensive bird protection legislation in the Middle East, she was often lauded during the conference as an example to other countries in Africa and the rest of the Middle East.

Yet Third World delegates did not miss an opportunity to point out that their countries could not afford the luxury of effective bird protection. While many of their countries have bird protection laws, few have strong enforcement agencies, which can be costly to maintain. The nonprofit SPNI, which is largely responsible for protecting Israel’s birds, receives money from the government and contributors from all over the world. An American branch located in New York coordinates the activities of American chapters. Founded 30 years ago, the SPNI has established a network of 30 field centers that encourage research, education and a lot of the land and its natural resources. Bird-watching especially has been promoted. Each year more than 300,000 people take part in SPNI activities and field trips; many are young people still learning how to care about nature.

The Middle East is far from being a haven for wildlife. Hunting for sport and for food is common in most of the area. But in Israel most bird species are protected by law. Egg collecting and hunting are practically non-existent. 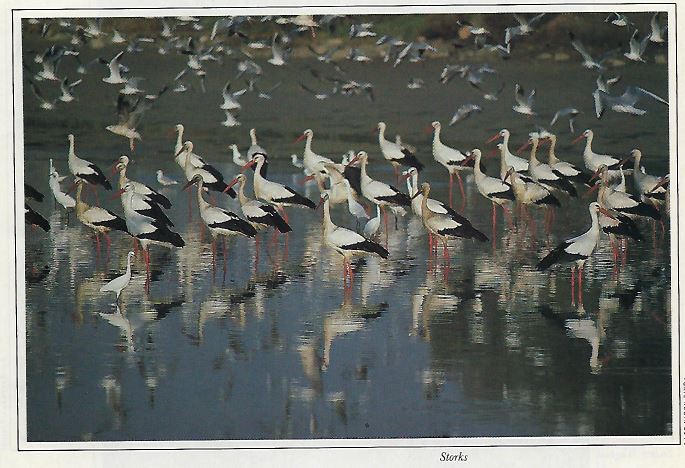 The conference arranged several half-day excursions into the mountains and deserts to see the raptor migrations. We climbed high enough to get a good vantage point to see the eagles, vultures, storks and falcons. Each day was filled with discovery, and at the end of the afternoon, our eyes were so tired, unfocused and overindulged that pipes in the still waters of the walt ponds began to resemble herons, and rocks became motionless ducks. As we perched on rocks, we watched distant black specks become identifiable birds, and we looked down on the borders and checkpoints of the four neighbors: Egypt, Jordan, Saudi Arabia and Israel.

But birds know no boundaries in the Middle East; they are “above” it all. And the common interest of bird-watching brings together people of different nationalities and political beliefs. On the road I met birders from South Africa, Germany, France, England and America. We spoke of birds — a language understood by all. 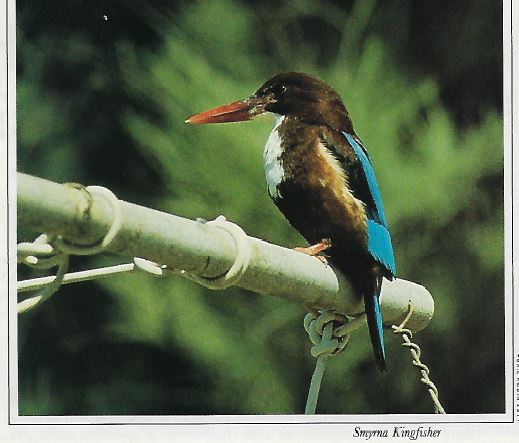 How can one describe that flush of exhilaration upon discovering a new bird? How do you describe the incredible joy and fascination of suddenly coming across and seeing firsthand a bird that you had hitherto seen only in books, and whose colors and markings in real life were even more spectacular that you ever imagined? It’s like studying the art masterpieces of the world in books and then finding yourself face to face with them in a museum.

I have been to Israel many times, but going on a bird-watcher’s tour means being in touch with the land in a new way. I was a novice and saw more than 152 different species. My more experienced friends had lists numbering more than 250. It seems certain we’ll all be back; after all, there are still hundreds of species left to find.

Below are pictures from the World Conference of Birds of Prey in Eliat that my mother attended. 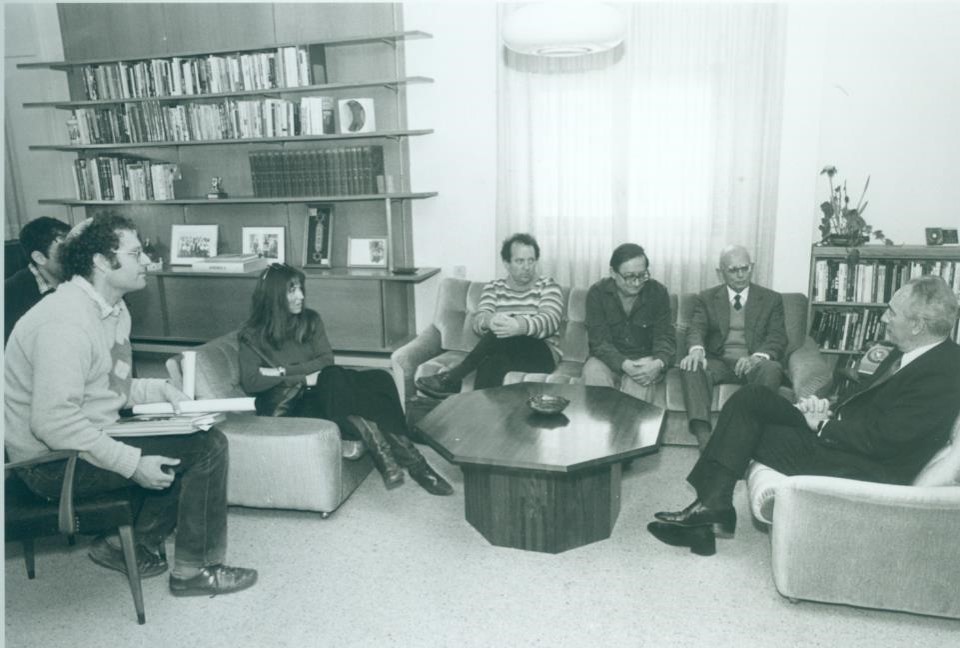 In this photo you can see former Israeli Prime Minister in attendance. 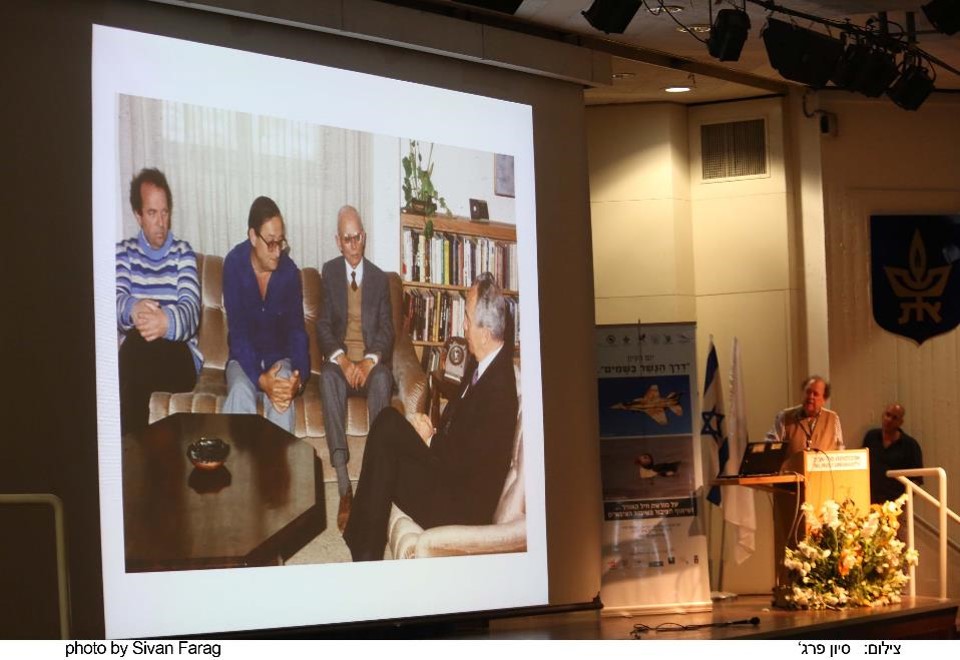